Aiming to inject some new life into a video application that's gotten long in the tooth, Amazon is reportedly working on a connected storage device that can record live shows for viewing on the TV screen or on mobile devices, effectively endowing its Fire TV streaming device lineup with multiscreen DVR capabilities.

The device under development is code-named "Frank," Bloomberg reported, citing an unnamed person said to be familiar with the plans.

Amazon doesn't sell its own live TV streaming service, but does enable Fire TV devices to capture over-the-air TV signals. Its platform also supports a wide range of authenticated TV Everywhere streaming services from programmers, as well as a subset of OTT providers such as Sling TV and DirecTV Now. 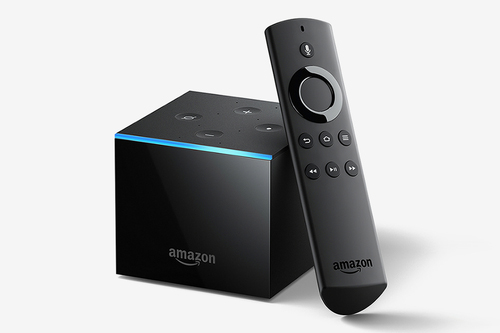 In June, Amazon unleashed the Fire TV Cube, a 4K-capable streaming device that is also tightly integrated with its Alexa smart home platform.

Amazon has not responded when asked for comment, but Bloomberg said the company's DVR device-in-the-works would operate in conjunction with Fire TV boxes (Amazon has also teamed up with Westinghouse, Seiki, Element Electronics and Best Buy/Insignia on Fire TV-powered smart TVs) and also connect wirelessly to the company's line of Alexa-powered Echo smart speakers. In Slingbox-like fashion, Amazon's DVR device will also be capable of streaming locally recorded shows to a mobile device, the report said.

If Amazon moves ahead with the product (no release date has been announced), it will put Amazon into a retail product area that includes Tivo (which has tapped a third-party vendor for its retail hardware as it mulls options that could lead to a sale of part of the company), Dish Network LLC (Nasdaq: DISH) (via its recent line of AirTV products and video place-shifting Slingboxes), Channel Master and Nuvyyo, the company behind the line of Tablo-branded over-the-air/DVR combo devices. (See Tivo Might Sell Off Its Products Business .)

Adding a DVR capability could also boost the value of the Fire TV platform as Amazon looks to gain ground on rivals.

Despite recent gains by Fire TV, Roku maintained its lead in the streaming media player market as of Q1 2018, according to Parks Associates . Roku held 37% of the market, ahead of Amazon, Google and Apple.