"10G," the super-speedy network initiative formalized by the cable industry in January, will be the cornerstone of next week's Cable-Tec Expo in New Orleans, SCTE-ISBE president and CEO Mark Dzuban says.

But rather than focusing solely on the raw speeds and feeds of 10G -- a program that is gunning for symmetrical 10 Gbit/s capabilities across HFC, FTTP and wireless -- the show will concentrate on deployment prep and the various bandwidth-intensive and latency-sensitive services that will ride on that resulting platform in the years to come. 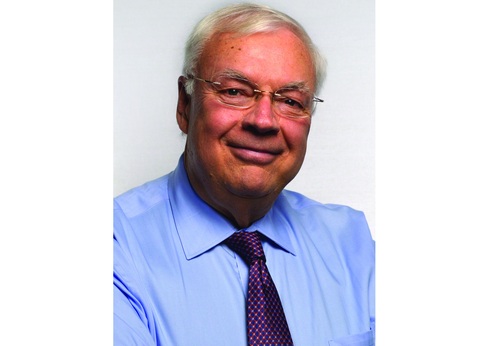 As a 'foundational' component to the cable industry's future, 10G will be the primary focus at this year's Cable-Tec Expo, Dzuban says.

10G "is a big one because it's foundational to a lot of applications you're going to see demonstrated this year and coming up next year," Dzuban said.

Plenty of 10G-related discussion and debate will happen at the pre-conference event set for Monday morning (September 30), which will dig into plans for lab and field trials and how 10G intersects with 5G wireless.

Apps and services tailored for 10G, which will pair speed with low-latency, will also be a big topic at the show. In addition to apps like multi-player gaming, telemedicine and autonomous vehicles, various smart cities activities and initiatives will also be among the 10G-facing categories at this year's show.

"You'll see what may not appear to be all related, but they actually are [related] with building a network, which is composed of a lot of different elements," Dzuban said, noting that "Bringing 10G to Life" will be the theme next week.

Although 10G will be the big, overarching focus, the show will also have individual tracks focused on areas such as virtualization, security, AI and machine learning, business services and video services. Dzuban said Expo will host 55 workshops, feature 100-plus speakers and present more than 200 papers.

A view into 2020
Dzuban said the event's Opening General Session on Tuesday morning will also "set the pace" for the industry heading into 2020 and "how we need to continue re-inventing ourselves."

That opener will kick off with a keynote by Preetha Vijayakumar, FedEx's VP of enterprise network and communications services. That will be followed by a discussion led by Comcast's Tony Werner with Dzuban, Intel's Robert Ferreira, CableLabs's Phil McKinney and DEKA Research & Development Corp. founder and inventor Dean Kamen. Shameless plug -- I'll also have a conversation with Michael Powell, president and CEO of NCTA  The Internet & Television Association, who teased the "10G" label at last year's Cable-Tec Expo in Atlanta.

This year's show also culminates a year-long celebration of the SCTE's 50-year anniversary milestone. The celebration got rolling at last year's event, but "there will be cake" at the Chairman's Reception on Tuesday night, Dzuban promised. "Even my blood sugar can attest to having too much cake over the whole year."

Live it up, people!
And showgoers will want to get their fill of raw oysters, jambalaya, Po'boys and beignets and a bottle of Purple Haze to wash it all down next week, as this will be the show's Swan Song in The Big Easy.

From here through 2029, most Cable-Tec Expos will toggle between Denver and Atlanta, save for a stop in Philadelphia in 2022 and Washington, DC in 2025.

That stems from a ten-year plan initiated by SCTE/ISBE specifically designed to address the sustainability of the annual cable engineering and technology event.

The show requires more than 100,000 square feet of space, but also wanted to center those events in convenient markets where there is a significant industry presence and at prices that are attractive to vendors and operators. Another important piece was ensuring that Cable-Tec Expo could be held in late September or early October to avoid conflicting (as much as possible) with holidays and other industry events (although this year it will overlap with Rosh Hashanah, the Jewish New Year).

"It [the ten-year plan] was very specifically designed for sustainability of Expo and the future and what we believe is a very solid plan for a very healthy Expo moving forward," Dzuban said.