Harmonic said deployment growth of CableOS helped to power a third quarter in which overall revenues rose 15%, to $115 million.

Designed to run on commercial off-the-shelf servers and reduce power and space requirements, CableOS is a competitive foil against purpose-built cable modem termination systems (CMTSs) and converged cable access platforms (CCAPs) from market leaders such as CommScope/Arris, Cisco Systems and Casa Systems. Harmonic has recently enabled CableOS to also operate on fiber-to-the-premises (FTTP) networks, which cable operators are deploying in greenfields and other targeted situations.

A sizable portion of Harmonic's CableOS deployment -- and the vendor's future in some respects -- ties into Comcast, which recently signed a four-year, $175 million enterprise deal with Harmonic that centers on the vendor's vCCAP software, plus incentives for the cable operator to purchase fiber nodes and other network hardware from the Harmonic. 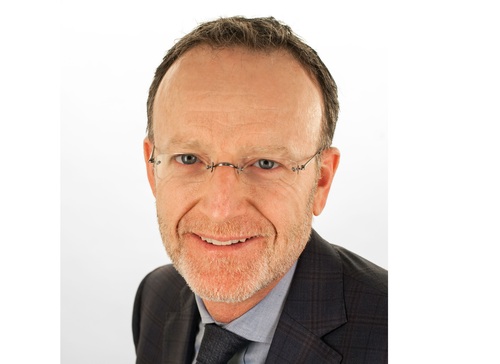 While Harmonic is having success with larger service providers, deployments of CableOS involve 'painstaking work' and, in some instances, are still taking longer than expected, Harshman said. 'At a higher level, big tier 1s are complicated beasts,' he said.

Harmonic doesn't break how many Comcast modems running on CableOS, but top execs at Comcast told Light Reading earlier this month that the MSO's virtualized access network is now active in several key markets and serving more than 100,000 customers.

Comcast was Harmonic's sole 10% or greater customer in Q3, contributing a whopping 44% of revenue.

Update: Harmonic's 10-Q filed November 4 provides some additional financial detail about the vendor's financial relationships with Comcast. As noted above, Comcast accounted for 44% of Harmonic's net revenue in Q3 2019, which compares to just 15% a year ago. Harmonic added that the big increase in its cable access segment revenue -- 98% and 23% in the three and nine months ended Sept. 27, 2019, respectively -- was primarily due to the recognition of $37.5 million in software license revenues via Comcast's CableOS software license agreement in Q3 2019.

Harmonic ended Q3 with 19 commercial CableOS deployments. Other announced CableOS customers include Comporium, 1Tennesee and Buckeye Broadband. Harmonic also has a forged a deal with the National Cable Television Cooperative (NCTC), a group that cuts programming and tech deals on behalf of hundreds of small- and midsized independent cable operators.

Not included in Harmonic's latest deployment total are two international deals with tier 1 service providers (including one that industry analysts believe to be Liberty Global) that involve a blend of fiber nodes for new distributed access networks and CableOS software. Deployments and revenues with one of those international customers is expected to ramp in Q4 2019, and achieve that status around the first half of 2020 with the second one, Harmonic CEO Patrick Harshman said on Monday's earnings call.

While the Q3 deployment figures show progress for CableOS, Harshman acknowledged that the 935,000 modems being served on that platform is a "modest number" and represents just a small fraction of the overall cable market. But it's also Harshman's belief that these won't be pocket, niche rollouts but rather the start of large, broad-based deployments.

"We are more confident than ever that we can land these tier 1s," he said. "We have the credibility and we're going to win them."

Alternative channels for CableOS
Comments by Harshman on Monday about potential "alternative" sales channels for CableOS also appear to feed into industry chatter that Comcast, as Light Reading reported in May, is exploring a way to syndicate or license a virtualized form of a cable access platform that uses Harmonic's CableOS technology.

Comcast's enterprise licencing deal with Harmonic for CableOS covers Comcast's "direct service footprint," Harshman said. "CableOS adoption by any other cable operator in North America or elsewhere, whether sold directly by Harmonic or through any other channels, will also be incremental to our business."

Harshman also suggested that Harmonic might have to "give up a sliver of margin" if CableOS was syndicated or licences through a third party, but that "the end price might be higher."

Update: Following Harshman's comments Monday, there seems to be a sense of relief among analysts that Harmonic will indeed benefit financially if Comcast or another operator moves to syndicate a virtual CMTS product that uses CableOS technology. There were concerns about what a syndication model would mean to Harmonic if Comcast, for example, had full ownership of the product it might eventually market to other operators. It appears that Harmonic will still get a piece of that business.

Both Leopold and George Notter, an analyst with Jefferies, believe that Harmonic's deal with Comcast could help validate CableOS and encourage other operators to adopt the technology.

Comcast, noted Notter, is a "technology leader and major influencer. "With that in mind, we think that Harmonic's deal at Comcast could serve as a great reference win for them with other Tier 1 Cable MSOs." Still, Notter is keeping his "Hold" rating on Harmonic shares as he further assesses the vendor's opportunity at Comcast and with other tier 1 cable operator accounts.

Based on ramping activity in Harmonic's video tech segment, which includes a software-as-a-service model for OTT video, the company also raised guidance for Q4 2019. Harmonic now expects Q4 revenues of $108 million to $118 million, up from prior guidance of $100 million to $110 million. Its full-year 2019 revenue guidance was also upped -- to $389 million to $399 million, versus original guidance of $375 million to $395 million.