Comcast's pay-TV business struggled in Q3 as subscriber losses mounted while other parts of the company's business, including broadband, wireless and business services, continued to accelerate. 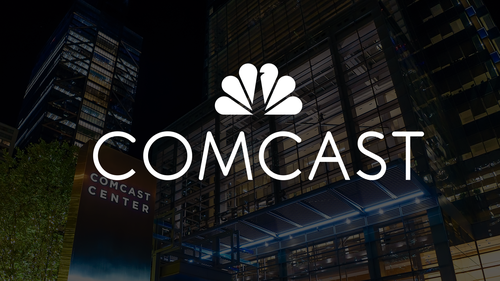 High-margin broadband and 'connectivity' services have become the foundation of Comcast's cable business.

"Video is still an important, profitable component of most of our relationships, but we continue to be disciplined and are not chasing unprofitable subs," Mike Cavanagh, Comcast EVP and CFO, said on Thursday morning's earnings call.

"We work hard retaining customers, but if we can't profitably serve this segment, then we're going to move them to a broadband-only relationship," Dave Watson, president and CEO of Comcast's cable unit, said.

Strengthening the broadband core
Comcast's decision to make connectivity the foundation of the cable business was also reflected in its broadband results, as the company added 359,000 residential high-speed Internet customers in Q3. That's up from 334,000 a year ago, enabling Comcast to end the period with 25.99 million data subs. From a broadband subscriber perspective, Q3 2019 was its best result in the period in ten years, the operator said.

Comcast has been backing broadband with xFi, its WiFi/smart home management system, and more recently with Flex, a new video streaming product for broadband-only customers. Comcast is also on track to bring its xFi playbook to Europe next year, starting with Sky Italy.

Comcast to bring business broadband playbook to UK
Business services continued to serve as a critical growth engine for Comcast, which saw revenues in the category climb to $1.97 billion in Q3 2019, versus $1.80 billion a year ago.

Comcast, which recently entered the Canadian businesses services market through a partnership with iTel, is also casting its gaze across the pond.

Sky, acquired by Comcast last year, is in the process of launching a broadband business offering in the UK, "our first significant entry into that segment," said Jeremy Darroch, group chief executive at Sky. "It will be a big, new segment for us to attack here in the UK," he added, noting that Sky is developing a similar plan for Italy.

Watson noted that Comcast continues to explore spectrum options that could help it offload MVNO traffic. Light Reading will follow up today with a more thorough update on the company's mobile and wireless results and strategy.

In other product segments, Comcast lost 63,000 residential voice subs, ending the period with 9.94 million. Its Security & Automation line added 8,000 customers in the quarter, well below the 42,000 added in the year-ago period, ending Q3 with 1.36 million.

Cable capex still waning
Comcast's cable capital spending in Q3 was $1.81 billion, down 6.7% from cable capex of $1.94 billion a year earlier. Spending on consumer premises equipment like TV set-tops and cable modems represented the largest piece of that spending in Q3, at $774 million. But that number is on the decline as Comcast's video base continues to decline and the deployment growth rate of its X1 platform moderates.

Among other financials, Comcast reported that its Q3 cable revenues rose to $14.58 billion, from $14.02 billion a year ago, while wireless revenues jumped to $326 million, from $236 million in the year-ago period.

Despite its steepening pay-TV losses, Comcast's overall customer relationships (including business and residential) rose by 309,000 in Q3 for a total of 31.17 million. Comcast ended Q3 with 58.51 million homes and businesses passed, up from 57.65 million a year earlier.

Peacock won't follow Netflix model
Steve Burke, CEO of NBCUniversal, added some color about Peacock, the streaming service that NBCU plans to launch next April. He also explained how it will attempt to stand apart from other major OTT services by focusing on advertising and working with pay-TV distributors.

"We're not doing the same strategy that Netflix and people chasing Netflix have adopted," Burke said. "We're primary working with the existing ecosystem and doing a lot of AVoD [ad-supported VoD] activity." 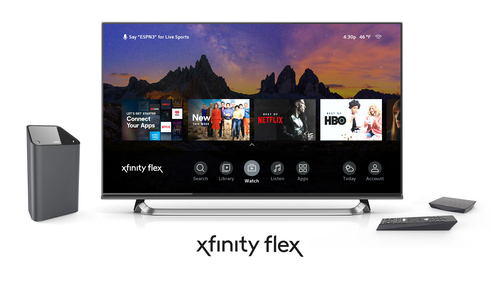 When it debuts next April, Peacock will have a prominent position on Xfinity Flex, Comcast's video streaming/smart home offering for broadband-only customers.

That ad-focused angle should help Peacock cut investments pretty substantially, and "get to cruising altitude much more quickly than a subscription service," Burke said.

Although Peacock will offer a standalone subscription tier, a big focus is to "play to our strengths" with advertising and distribution to pay-TV customers, including Comcast's and Sky's combined base of 55 million video subs, Burke said.

Peacock will also be distributed through Comcast's new Flex product. "Flex is a huge opportunity for Peacock," Burke said. "Peacock will be front and center on Flex."