Charlie Herrin has been promoted to chief product officer at Comcast Cable, one of several moves made in a reorganization plan announced internally last week by Tony Werner, president, technology product, Xperience at Comcast.

Herrin, who reports to Werner, most recently was EVP and chief customer experience officer at Comcast. The latest move will bring Comcast's consumer experience (CX) and Product & Technology organizations together under Herrin's leadership, Werner explained in a memo obtained by Light Reading. 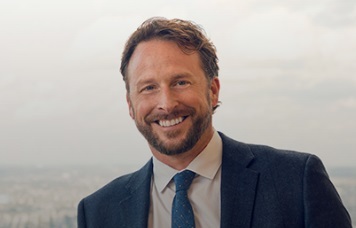 Herrin joined Comcast in 1999 and, during his career there, led the design team behind the operator's X1 platform.

Matt Zelesko, who was promoted to chief technology officer in May 2019, will continue to lead Comcast's Product & Technology teams and will report to Herrin "as they integrate the overall product and CX experience even more tightly," Werner explained. Notably, that part of Comcast's structure shares some similarities with that of Charter Communications -- Charter's recently appointed CTO, Stephanie Mitchko, reports to the company's chief product and technology officer, Rich DiGeronimo.

Zelesko and Herrin will also work with Fraser Stirling -- the chief product officer at Sky and the former SVP of digital home, devices and AI at Comcast -- "to align the relevant parts of the Comcast and Sky technology roadmaps," Werner wrote. Comcast acquired UK-based Sky in 2018.

Among other CX-facing changes, Tom Karinshak was named EVP and chief customer experience officer, reporting to Herrin. Kyle McSlarrow, the CEO of the National Cable and Telecommunications Association (since rebranded as NCTA  The Internet & Television Association) before joining Comcast in 2011, was named SVP, CX automation.

Among other moves, Comcast will also align its technical operations and network operations teams.

Tied to that, Ed Marchetti, SVP, field operations, is set to join Comcast's Core Platform Technologies organization, reporting to Jan Hofmeyr, EVP and chief network officer. Marchetti will continue to oversee the alignment of Comcast's field operations teams, including field technicians, technician support and logistics centers, maintenance and headends, according to the memo.

Marchetti will also oversee Comcast's "OneNetwork" initiative, which has been led by Dan Murphy, SVP of strategic engineering initiative, who plans to retire at year-end. The internal announcement did not detail the OneNetwork initiative, but it's been clear that Comcast is eager to unify the operations of its blend of HFC, FTTP and wireless networks. Comcast declined to comment beyond the contents of the internal announcement.

Both Marchetti and Portfolio will work closely with Elad Nafshi, SVP, Next Generation Access Networks and the team that, among other things, will be developing Comcast's initiatives around "10G" networks shooting for symmetrical 10Gbit/s speeds and support for low-latency apps and services.