Why Cable DAA Is DOA This Year

COLOGNE -- ANGA COM 2019 -- Despite great expectations for 2019, the cable industry's long-pending rollout of Distributed Access Architecture (DAA) shows little sign of taking off this year as most cable operators still hedge their bets and mull over their next-gen options.

That picture emerged this week as German and other European cable operators converged here for what has become the world's largest cable networks convention. In panel sessions and individual interviews, several industry technologists and other experts bemoaned the fact that most MSOs on both sides of the Atlantic have not gone ahead with their expected deployments of Remote PHY and/or Remote MAC/PHY this year and probably won't do so until at least next year.

Indeed, while a couple of major cablecos like Comcast are moving forward briskly with DAA deployments, most operators seem to be taking their sweet time, even after placing their initial tech orders with vendors. Few and far between have been deployment announcements, like the one that Nokia issued here earlier this week with Altibox, a regional operator in Norway and Denmark that will leverage the vendor's virtualized DAA solution.

As a result, those vendors are not exactly happy campers and, in an unusual move, are starting to complain publicly about the industry's snail-like deployment pace during the past couple of years.

"We have DAA just ready to get out the door," said John Chapman, CTO of Cable Access and a fellow at Cisco Systems, speaking on a panel here about cable's 10G initiative. "We have 100 customers that have bought DAA but are waiting to do it."

For verification of this trend, look no further than the latest earnings figures from several of the major cable equipment vendors. In their first-quarter earnings reports, for instance, both Arris/CommScope and Casa Systems reported disappointing results, at least partly due to declines in DAA solution contracts. Only Harmonic reported an upswing in DAA sales in the first quarter.

"We're starting to see some lumpiness in spending," Jeff Heynen, research director for broadband access and home networking at Dell'Oro, noted during Light Reading's Cable Next Gen event in March as he relayed his forecast for the cable access market. While cable operators will continue to invest in network capacity, he said spending levels on access infrastructure will still be somewhat sporadic as MSOs weigh how -- and how quickly -- they will start to migrate to DAA.

Experts blame the MSO decision paralysis, at least partly, on a number of factors, including the glut of new technologies coming down the pike that need to be synchronized, the lack of competitive urgency and engineering/integration issues. With operators wrestling with decisions about when, or even if, to embrace such upgrade options as DAA, Fiber Deep, Full Duplex DOCSIS, network virtualization and more, many are cautious about committing themselves to any one option until they have decided on all of them, resulting in temporary paralysis.

In addition, the experts say, cable operators are finding that DAA implementation requires more engineering and coordination work than may have been initially anticipated, especially to support video services. While CableLabs is trying to help smooth out the path with various DAA specs and interoperability tests, much of the heavy lifting still falls on the shoulders of the operators and their vendor partners.

"We underestimated the details that have to be hammered out, especially the integration work beyond DOCSIS," said Hanno Nanjus, senior vice president of network products for vendor Teleste, speaking during a press briefing here. "We are still working on it."

In particular, integrating the different DAA products from different vendors so they can all work together has been an issue for the industry because of the complex nature of the technology. "Interoperability in the DAA world is really critical," said Peter Wolff, VP of Product Management and Solutions Architecture at Casa Systems. "Suppliers have to work with each other." 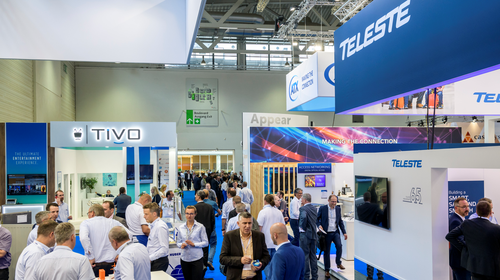 Finally, many cablecos appear to be waiting for someone else to take the lead in the industry. While Comcast has decided to plunge forward with the Remote PHY route, few other MSOs have gone beyond Remote PHY or remote MAC/PHY trials or pilot deployments yet.

"Somebody has got to take a plunge," said Nanjus, noting that few of Teleste's customers have made the commitment. "They need to see some other operator" move ahead.

Despite these factors, cable technologists still optimistically insist now that 2020 will be the take-off year for DAA, even while conceding that they have said the same thing for the past two or three years. "The go-to task now is to get DAA deployed," Chapman said.

PaulERainford 6/11/2019 | 6:39:48 AM
Re: Dying to know That's neither here nor there Kelsey. One thing I do know: you should never write about this show retrospectively. Don't look back in ANGA.
Reply | Post Message | MESSAGES LIST | START A BOARD