New Orleans -- Cable-Tec Expo -- The wired/wireless network "revolution" is well underway, though the speed at which that revolution will proceed won't be constant. Rather, it will start slow and then pick up the pace in the months and years to come, according to Morgan Kurk, the EVP and CTO of CommScope.

"I'm a realist," Kurk said here during a chat at last week's show in The Big Easy. "The long-term [revolution] will come, and it will take longer than we think. But it will happen faster as we get closer toward the end of it." 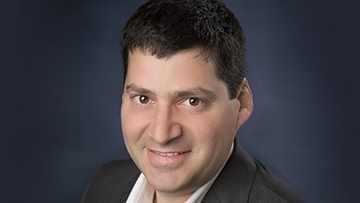 Kurk ascended to SVP and CTO of CommScope following its acquisition of Arris in April 2019.

Kurk sees the adoption curve of network convergence following a similar pattern as the mapping out of the human genome, gathering momentum after it climbs over that first big hill.

Network efficiency set as key theme in 2020
More capacity and faster speeds will play big roles in this move toward network convergence. But the big central theme heading into 2020 will be about "efficiency," he predicts. "How do I move more bits for less money?"

In that area, Kurk notes that some of these efficiencies are already apparent in the way that wireless and wired networks are converging. They are both moving toward distributed architectures with more processing at the edge, enabling lower latencies, and are starting to use similar baseline modulation technologies.

"Not only are the architectures all changing, but they are all merging together," Kurk said. "All of the [networks] are going there because spectrum has become precious, whether it's inside a cable or out in the open air."

CommScope hopes to take advantage of this ongoing network convergence following its recent acquisition of Arris, a top supplier of cable network gear and software alongside new wireless and mobile products gained from the Ruckus Networks unit.

Kurk, who joined CommScope in 2009 via the company's acquisition of Andrew Corp., was elevated to the EVP and CTO role soon after CommScope wrapped up the Arris deal in April. He's in charge of figuring out how to combine and enhance those assets and product lines, which now cover the core, the access layer and the edge of the network.

Back to the efficiency theme, one area of focus for Kurk and the company is to improve the interfaces between the wired and wireless networks.

Kurk said CommScope is still trying to get a better understanding of the assets it has in hand following the Arris deal. He says the company is "at the beginning stages" of exploring how to improve on efficiencies gained by improving the interfaces between the wired and wireless network.

That work will also extend to the Internet of Things (IoT). "All of this IoT [activity] only makes sense when they can all talk together," he said, noting that an Amazon Alexa-powered smart home device has little value operating in an isolated silo. "That means the network is becoming incredibly important, and it also drives something we believe, which is the uplink in the network is even more important in the future."

From the cable side of the network equation, the industry will attempt to beef up that historically weak upstream path with DOCSIS 4.0, which will support two upstream-enhancing technologies (Extended Spectrum DOCSIS and Full Duplex DOCSIS). Further out, the industry's over-arching "10G" initiative envisions symmetrical 10 Gbit/s capacities and low latency across hybrid fiber/coax (HFC), fiber-to-the-premises and wireless access networks.

Clearfield CEO on community broadband and the 'build of a lifetime'