It's a TV app world, and we're just living in it.

After partnering with Arris Group Inc. (Nasdaq: ARRS) in January to support the Moxi platform, AppCarousel Inc. is now ready to add Arris's DreamGallery product to its integration list. Terry Hughes, senior vice president of AppCarousel, told Light Reading that his company is working with Arris to bring its white-label app store to the DreamGallery program guide.

Arris is distinguishing between its two guide products by categorizing Moxi as a hosted portal solution and DreamGallery as a presentation framework. AppCarousel's role with both guides is to act as an app aggregator, sourcing content, testing it, and distributing apps across multiple video devices.

TV app environments are still nascent, but they have the potential to open up new opportunities for long-tail content and targeted advertising. At last week's SCTE Cable-Tec Expo in Atlanta, Hughes outlined the possibility of delivering local television content in app format, along with niche sports packages and branded promotional apps. Hughes described the TV app world as "much more curated than mobile" and suggested that there could be some interesting developments on the monetization front as the market matures.

Cable operators, meanwhile, have begun to show signs that they're open to app experimentation. In addition to developing their own apps for devices like the Xbox and Roku, several reports indicate that pay-TV operators, including Comcast Corp. (Nasdaq: CMCSA, CMCSK) and Suddenlink Communications , are considering bringing Netflix Inc. (Nasdaq: NFLX) into the cable fold as an optional television app. (See Netflix-MSO Deal in the Works?)

As for Arris, the company has not publicly listed all of its Moxi and DreamGallery customers. However, Buckeye CableSystem , BendBroadband , Shaw Communications Inc. , Suddenlink, and WideOpenWest Holdings LLC (WOW) are all known to have deployed Arris' Moxi video gateways. Shaw also launched DreamGallery in 2012. (See Arris IP Video Gateways Break In at Suddenlink and Shaw Picks Moto's Cloud UI.)

Update: AppCarousel's Terry Hughes now says that there are no plans to integrate with DreamGallery. "We have never had a conversation with Arris regarding DreamGallery, our agreement is limited to Moxi / Whole Home Solution, and I didn't state in our interview that we were integrating with DreamGallery," Hughes said.

Light Reading, however, stands by its original recounting of the interview.

albreznick 11/3/2013 | 11:28:07 AM
Re: white-label apps? OK, Terry. Thanks for the offer. We'll check out those othr resources. But can you give our readers a brief summary of your main ponts here? That would be helpful. 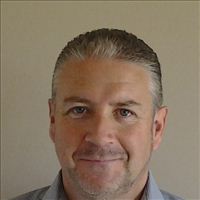 I think all the comments in this thread raise very valid questions and concerns about "apps on TV" and actually here at AppCarousel we share those same views. We don't believe that "apps on TV" = "apps on mobile" and we believe that for apps on TV to be successful it will be a very different user experience with different business models and a different set of approaches.

Instead of me writing a long response here, I recently wrote a 1-page op-ed article in TV Technology magazine which nicely explains why apps on TV will be different. If you go to our website appcarousel . com then click on About Us > Resources, you can download the article (it's the one in the top left). Or you can email me and I will send you a copy.

I also presented at SCTE last week on the same subject, and I had lots of positive comments from MSOs and cable operators about our approach, so I can hopefully share my slides and paper with you too.

albreznick 10/29/2013 | 6:14:39 PM
Re: white-label apps? That doesn't sound promising, Dan. Are there any TV apps they could offer that you think might tempt consumers?
Reply | Post Message | MESSAGES LIST | START A BOARD

DOShea 10/29/2013 | 10:21:16 AM
Re: white-label apps? This looks like another take on the TV app store idea, something that has been talked about for a while. But, even if it's white-label to smooth entry into the apps market ffor some of these providers, I just don't see consumers looking to them for the kinds of apps they already expect from TV makers or parties like TiVo.
Reply | Post Message | MESSAGES LIST | START A BOARD

albreznick 10/28/2013 | 10:26:35 PM
Re: white-label apps? I think you're right about that, Sarah. Execution and integration are key. I'm not that keen about TV apps either. But I'm also not sure how representstive I am of the target audience (probably not very).
Reply | Post Message | MESSAGES LIST | START A BOARD

Sarah Thomas 10/28/2013 | 3:21:30 PM
Re: white-label apps? Seems to be lots of competition, not just from third parties, but also TV manufacturers and companies like Google with its Chromecast. I'm not overly excited about apps, but I suppose it depends on how they are implemented and how tightly integrated they are with the cable service.
Reply | Post Message | MESSAGES LIST | START A BOARD