It looks as if Twitter Inc.'s romance with television is heating up.

According to a report by TechCrunch, the social networking giant appears to be testing out a new feature that highlights trending TV shows in a user's timeline. In Twitter's iOS application, one user found a new pop-up card or box at the top of the screen with information on a popular TV program. Details included the number of tweets the show had received and the show's last air date. Further information could be found by tapping on the card, including a summary of the latest episode, a list of related tweets, and recommended Twitter accounts to follow.

Twitter is known for testing out new features with a select group of users. In this case, the company may be conducting a trial run before the premiere of the fall television season next month.

News of the trending-TV feature is merely the latest episode in Twitter's television romance. The company acquired social TV analytics company Bluefin Labs in February, and is currently working with The Nielsen Co. to develop a Twitter TV rating. (See Nielsen Tests Tool to Track TV Everywhere and Facebook Tunes In to TV Data.)

Unfortunately for Twitter, as seductive as its TV data may be, it still represents just a small portion of television viewers. While the number of online adults in the US who use Twitter has more than doubled since 2010, the percentage still hovers at only 18 percent, according to the Pew Research Center.

Twitter may find it's more valuable today to try to influence users with trending TV information, rather than try to track them to extract TV ratings data.

Sarah Thomas 8/15/2013 | 2:36:53 PM
Re: TV tweets I'm definitely part of the trend of Tweeting while you watch (and from my phone; glad they got off the train of thought that it should be on the TV). I also agree that 18 percent is positive progress, but part of what I like about following Twitter during a show (like Sharknado!) is that it's genuine and funny and reactive. I think promoted Tweets and ads could get in the way of it and make it less valuable. I realize the need for monetization, but it'll be a fine line to walk.
Reply | Post Message | MESSAGES LIST | START A BOARD 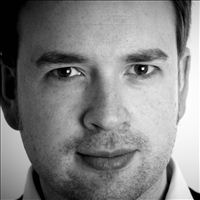