While it's still in the early stages, Rogers Communications' adoption of Comcast's cloud-based X1 video platform is not yet producing the pay-TV subscriber or revenue gains that the large Canadian cableco is hungrily seeking.

In fact, as Rogers revealed in its third-quarter earnings report, its Ignite TV product syndicated from X1 has not quite caught fire with Canadian consumers so far. Instead, the Toronto-based company lost 35,000 video customers in the summer quarter, about twice as many as it did a year ago, to reduce its grand total just below the 1.6 million mark. However, it did see an uptick in video revenues to C$363 million ($277.36 million), up 2% from the year-ago period, thanks to price hikes, fewer promotional discounts and the shift of some legacy customers to Ignite TV and higher content tiers. 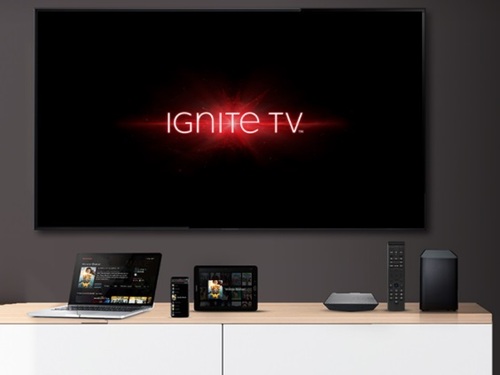 Rogers' 'Ignite' video product is underpinned by a syndication deal with Comcast that incorporates the X1 cloud-based architecture and various set-tops, gateways and video client devices developed for X1.

The mixed subscriber and revenue results come as Rogers, the largest MSO in Canada, continues to roll out Ignite TV aggressively throughout its 4.4-million-home footprint. The cableco -- which has deployed Ignite throughout the three provinces of Ontario, Newfoundland and New Brunswick -- said it now counts more than 200,000 Ignite TV customers in its video base, up more than 40% since the end of June.

Speaking on their earnings call with financial analysts Wednesday morning, Rogers executives said they are pleased with Ignite TV's progress so far. Even though their video sub losses continue to mount, they cited the early revenue and ARPU gains they're seeing, as well as cable capex savings.

Snuffing sales of legacy TV platform
As a result, Rogers will stop selling its legacy pay-TV products to new video customers this month and will focus on just promoting Ignite TV.

"So you'll see all new acquisitions move to the new Ignite platform and we will begin a campaign of accelerating the migration of customers from legacy to Ignite," said Rogers CFO Tony Staffieri, according to a call transcript supplied by Motley Fool. "And that involves truck rolls, as well as some additional investment in CPE."

Further bolstering its new Ignite TV offerings, Rogers launched Sportsnet NOW as an app and on the X1-based platform over the summer. Plans call for adding apps for Amazon Prime Video and The Zone by year-end.

Broadband gains
Like just about every other major North American MSO, Rogers registered stronger results on the broadband side in Q3 after completing its rollout of DOCSIS 3.1, which enables 1-Gig service throughout its footprint. The MSO netted 41,000 data subscribers over the summer, up from 35,000 a year ago, to boost its total broadband customer base over the 2.5 million mark.

Thanks to this growth and customers upgrading to higher speed tiers, Rogers' Internet revenue climbed to C$570 million ($435.83 million) in the third quarter, up 7% from the year-earlier period. In a sign of the times, broadband now accounts for nearly 60% of the company's overall cable revenues while video accounts for less than 40%.

Other syndicated products from Comcast seem likely to follow as Rogers seeks to duplicate Comcast's success up north, similar to fellow Canadian cablecos Shaw Communications and Videotron as well as Cox Communications in the US. On the call, Staffieri said company officials look forward to seeing "continuous improvements on those and new products on the horizon" and will continue to invest capital in them.

The company's share price has slid nearly 10% since the earnings report came out, slipping to C$60.34 ($46.14) in early afternoon trading today on the Toronto Stock Exchange. Analysts blame the drop mainly on Rogers lowering its revenue forecast for the year because of wireless customers switching over to its new unlimited data plans much faster than expected.