Netflix blew out streaming subscriber forecasts for the first quarter of 2020 as millions of consumers around the globe hunkered down to entertain themselves at home during the COVID-19 pandemic.

Netflix added 15.77 million subs worldwide (including 2.31 million in the US and Canada, up from just 550,000 adds in the previous quarter) in Q1 2020, clobbering original expectations of 7 million additions. 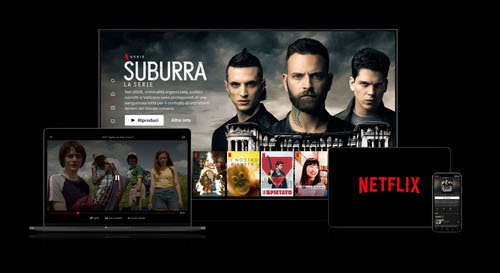 Netflix has reduced bit rates for its streams in Europe and some other regions temporarily to help networks cope with the added strain put on broadband networks during the pandemic.
(Image source: Netflix)

Netflix ended the quarter with 182.86 million streaming subs worldwide, up 22.8%. The company expects global sub gains to slow to 7.5 million in Q2 and end the period with a grand total of 190.36 million.

Netflix Q1 revenues were $5.76 billion, in line with a forecasted $5.73 billion. Revenues didn't spike in concert with streaming subscriber adds in the period due to the appreciation of the US dollar versus other currencies, Netflix explained in its latest letter to investors (PDF).

"In our 20+ year history, we have never seen a future more uncertain or unsettling," Netflix wrote in its attempt to size up the impact of the novel coronavirus on the company.

Netflix acknowledged that it has seen temporarily higher viewing and a jump in membership growth in the face of COVID-19 and that it's been fortunate to operate remotely with minimal disruption in the short- to medium-term.

"We expect viewing to decline and membership growth to decelerate as home confinement ends, which we hope is soon," the company added.

Netflix said its product teams have been able to work relatively unaffected, though the company has cut back on product-related experiments for now. It has also beefed up its customer support (with the recent addition of 2,000 more agents all working remotely) to handle increased demand.

Except for locales like South Korea and Iceland, production has been stopped, though Netflix's animation production team has been able to continue working from home. Netflix, which has committed about $150 million to help the industry get through the crisis, said most of its series writer's rooms are operating virtually.

That production halt won't stop Netflix from releasing all of its original shows and films planned for Q2 2020, including Space Force starring Steve Carell, John Malkovich and Lisa Kudrow, and Extraction, a film starring Chis Hemsworth and directed by Sam Hargrave.

On the technical end, Netflix said it is working with ISPs to help boost capacity so the OTT service can lift some bit-rate limits it placed on its streaming service in some regions, including Europe, to help networks cope with increased demand during the early days of the pandemic.