JR Shaw, the founder and former CEO of Canadian cable and mobile operator Shaw Communications, "passed away peacefully" Monday at the age of 85, the company announced.

JR Shaw, an industry pioneer who was inducted to the Cable Hall of Fame in 2010, founded Capital Cable Television Co. in 1966, and was at the helm when Shaw Communications expanded into high-speed Internet service in 1996. Shaw, which got into the residential phone biz in 2005, also operates a satellite TV service. 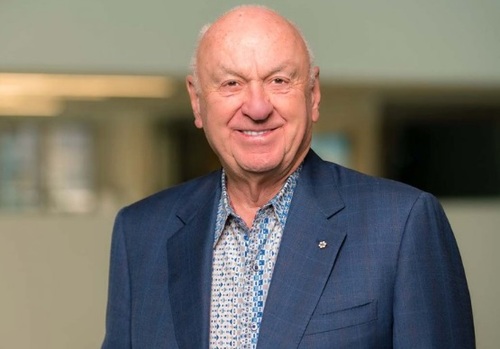 JR Shaw was also linked to Shaw in 2016 when the company entered the wireless business in a big way through the acquisition of Wind Mobile, since rebranded as Freedom Mobile. Shaw has since begun to lay the foundation for 5G services.

His trajectory into the cable business, like many of the industry's early pioneers, was entrepreneurial and serendipitous in nature.

"How did I ever get into cable television? I was just in the right place at the right time," he said in this Cable Hall of Fame video posted by The Cable Center.

As he expanded the business, starting in Canadian markets such as Edmonton, he understood that consumers wanted more TV channel choice. Shaw later took advantage of new interactive and digital capabilities of the cable network to drive in even more channels and expand into lucrative services like broadband, which has since evolved to become the core business of almost all cable operators. Shaw's radio and television broadcasting group was spun out as Corus Entertainment back in 1999.

Today, Shaw has more than 7 million subscribers across its businesses.

"My family and I are at a loss for words and are deeply saddened at JRs passing," Brad Shaw said in a statement. "JR was the founder and leader of our company, but he was also an exceptional husband, a loving father, grandfather and great grandfather. His legacy of love and compassion for people will live on for generations."

"JR  that's how we all knew him  was an archetype of the cable entrepreneur," Mark Dzuban, president and CEO of SCTE/ISBE, said in a statement. "He always had the best interests of the industry at heart, even when acting in Shaw's own self-interest might have been more advantageous. He knew how to get things done, but it was his honesty, his integrity and the value he placed on personal relationships that really stood out."

The passing and accomplishments of JR Shaw, a recipient of the Alberta Order of Excellence, was also recognized this week by Alberta Premier Jason Kenney:

Saddened by the loss of one of Albertas titans of business & philanthropy, JR Shaw.

From humble beginnings in Sherwood Park in 1966, JR built one of Canadas largest telecommunications & media companies.

My sincere condolences to the Shaw family. RIP. https://t.co/kHkjZrTeD1 pic.twitter.com/rO25LgmLQz