As anticipated, the race to deliver 4K video programming to the home is now on among pay-TV providers, consumer electronics makers, and other major players.

The CES announcements were not terribly surprising. Most, if not all, of these companies have already said (or at least broadly hinted) that they would start delving into UltraHD in 2014 as more 4K TVs hit the market, set prices keep falling, and the new, bandwidth-saving High Efficiency Video Coding (HEVC) technology is put into service.

But the speed and breadth of the Samsung announcements, along with the other 4K alliances revealed at CES thus far, are still enough to take one's breath away. With the Winter Olympics in Sochi, Russia, taking place in February and the soccer World Cup tournament in Brazil set for the summer, 4K could soon become a household word around the planet as content and service providers produce and distribute their UltraHD fare.

At first, the new 4K content will predominantly be streamed to the new UltraHD TVs. For instance, Comcast said it will launch a special 4K app on the new Samsung sets that will enable the MSO's Xfinity TV customers to stream "a variety of 4K UHD movies and TV shows" from the Internet on an on-demand basis. Comcast said it's also working with programmers, including its own NBC Universal unit, to develop a "library of 4K UHD choices" for Xfinity TV subscribers to sample.

The service providers don't plan to stop with streaming, though. They also intend to deploy new 4K set-top boxes that will use the new HEVC standard to decode 4K video and deliver it to UHD TV sets without consuming nearly as much bandwidth.

To take Comcast as an example again, the MSO said it aims to start deploying new 4K-capable X1 set-tops sometime later this year. With these new set-tops in place, Comcast will be able to deliver 4K programming to all UHD TVs, not just Samsung's new family.

As for 4K programming, look for the first UHD content to emerge from the Sochi Games, which begin February 7. Speaking on a 4K panel at CES Tuesday, Comcast CTO Tony Werner said NBC will produce some 4K content from Sochi. But, according to various press reports, he declined to say what or how much.

So the race to deliver 4K video to consumers is clearly on. Now the big question is whether consumers will actually want to take it or whether 4K, like 3D TV before it, will prove to be out of focus. 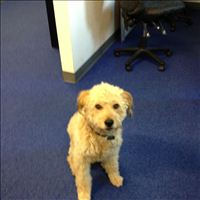 craig.y.lee 1/22/2014 | 5:43:54 PM
Re: 4K TV for the 1% I agree with the posts, and appreciate the healthy skepticism.  But in less than 12 months, I think it will be difficult to find 1080p resolution TV sets.  Sony and Netflix have already announced support for 4K, and as the population ages (yours truly included), you will appreciate the resolution and ability to see the action in greater detail.  Movies and sports will drive this revolution -- I agree that there's no need to see Honey Boo Boo in any greater clarity than a single, dark pixel.
Reply | Post Message | MESSAGES LIST | START A BOARD

albreznick 1/9/2014 | 7:45:22 PM
Re: 4K TV for the 1% Actually, Dan and Carol, thaqt hewalthy skepticism is part of why I think 4K may succeed. It has a higher bar to cross after the 3D disaster and its proponents know it. So they won't make the same mistakes again (just different ones). I'm by no means sold on the idea either. But I think it will at least go a lot further than 3D ever did.i
Reply | Post Message | MESSAGES LIST | START A BOARD

albreznick 1/9/2014 | 7:42:05 PM
Re: UHD comment All good points and good questions. 4K definitely won't be for the masses for quite a while, if at all, just like regular HD wasn't for a good decade. And there are plenty of issues to work out. But I sense the momentum may be there this time, which I never saw with 3D. So we'll see. And, of course, no funny glasses this time.
Reply | Post Message | MESSAGES LIST | START A BOARD

-- the churn (who will buy a new set if they have just invested in a HD TV in the past couple of years?)

If 4K succeeds in the next 24 months, it will be against the odds, IMHO.
Reply | Post Message | MESSAGES LIST | START A BOARD

DOShea 1/8/2014 | 8:54:22 PM
Re: 4K TV for the 1% I'm with you, Carol, though I also have to admit I'm probably not the target customer. It does seem like there is still some healthy skepticism about 4K, which is maybe what 3DTV lacked at the start.
Reply | Post Message | MESSAGES LIST | START A BOARD

mendyk 1/8/2014 | 4:09:55 PM
Re: UHD comment There's also the hidden cost of the added power needed to run these beasts -- but because this gets buried in the household electricity bill, no one pays much attention. Also, all the definition in the world isn't going to make Honey Boo Boo, Duck Dyansts, or Kardashoids any more watchable. UHD is like getting a Maserati and using it to drive to the corner store.
Reply | Post Message | MESSAGES LIST | START A BOARD

Carol Wilson 1/8/2014 | 4:08:34 PM
Re: 4K TV for the 1% Not having seen 4K - which the regular media seems to call UltraHD -- it's hard to comment on how quickly it is likely to be deployed. But it seems to me there will be some resistence to replace relatively new large HD flatscreens with these newer sets in order to access a limited set of new content.

FbytF 1/8/2014 | 3:49:03 PM
UHD comment UHD compared to 3D, no contest.  3D's big downfall was the requirement to have to wear glasses, UHD won't have to overcome that issue. I saw UHD at Best Buy and I just had to stand there and stare at it.  The big issue will be how much Comcast gouges us to have access to it. It'a about $9 for HD now, so how much will they get for UHD/4K?  Will I have to buy both?  Once the cost of the televisions come down the only barrier will be how much the ongoing monthly costs will be. If anything will impede the adoption of UHD it will be the monthly costs.
Reply | Post Message | MESSAGES LIST | START A BOARD

ScottEStewart0101 1/8/2014 | 1:00:15 PM
4K TV for the 1% During any time through the presentation, did the presenters address the limited ability of broadband access for homes to be able to deliver 4K video, or the cost of pipes to deliver it at prime TV hours? Even with a new codec to process it, Comcast needs to be ready for the huge amounts of consumer complaints due to one person on the cable line streaming 4K while everyone else is trying to do homework or watch their "standard" HD feeds. This reminds me of the wireless internet boom with home broadband over RF. One person trying to run a PC game server in a rural town takes all of the access down for the rest of the neighborhood. (2007 broadband technology) True story, btw.. in southern Illinois, which is still lacking the infrastructure buildout it deserves o.O

As we have for the past two years, Light Reading will present our Cable Next-Gen Europe conference as a free digital symposium on June 21.