Kilar starts May 1 and will report to the person he is succeeding at WarnerMedia: AT&T president and COO John Stankey.

Kilar was the founding CEO of Hulu (from 2007 to 2013) and, before that, was an exec at Amazon. Kilar, 48, also headed up Vessel, a short-lived startup and erstwhile YouTube competitor that was sold to Verizon in 2016. Vessel's technology was later used to power portions of Go90, an ad-supported mobile video streaming service that Verizon shut down in July 2018. 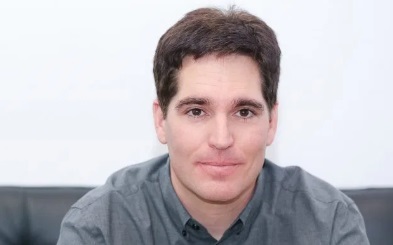 Kilar, an exec late of Amazon, was the founding CEO of Hulu and the head of Vessel, a streaming startup that was sold to Verizon in the fall of 2016.

Kilar's "experience in media and entertainment, direct-to-consumer video streaming and advertising is the perfect fit for WarnerMedia, and I am excited to have him lead the next chapter of WarnerMedias storied success, Stankey said in a statement.

The Information reported last month that Kilar along with another former Hulu CEO, Randy Freer, had been approached about the top job at WarnerMedia.

Why this matters
Kilar, who has experience in both premium subscription and ad-supported OTT video services, is taking the helm as WarnerMedia puts the finishing touches on HBO Max, an SVoD service set to launch next month and start at $14.99 per month. A less expensive, ad-supported version of HBO Max is expected to launch sometime in 2021.

Inserting Kilar at the top of WarnerMedia could also help clear the way for Stankey, an exec who some industry watchers expect to succeed Randall Stephenson as the CEO of AT&T in the coming years.