'Evoca,' a new pay-TV service, will be delivered over ATSC 3.0

ATSC 3.0, the next-gen, IP-based broadcast TV standard, promises to deliver 4K-quality video along with advanced advertising and enhanced audio capabilities. A startup called Edge Networks is about to add another item to that list and use ATSC 3.0 as a conduit to deliver competitive pay-TV packages.

Edge Networks revealed some details about its plans Thursday with the introduction of "Evoca," a consumer brand for a multichannel pay-TV service that will be delivered over the air and feature more than 80 channels (including some at 4K quality) for less than $50 per month. Evoca will first launch in Boise, Idaho, this summer (at a date that's still TBA) and expand into other tier 2 and 3 US markets next year, possibly including more of Idaho as well as parts of Montana, Nevada and Washington. If all goes to plan, Evoca will be available to "tens of millions" of US homes in the coming years, the company claims. 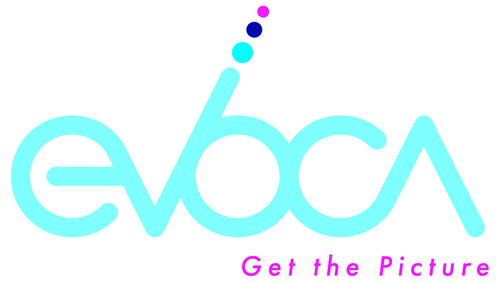 Edge Networks has a brand name, logo and tagline for its new service, but it won't reveal its TV lineup and exact pricing until it nears the commercial launch this summer in Boise.

Edge Networks will announce its initial TV lineup closer to the commercial launch in Boise, but the expectation is that it will include a mix of national cable channels, local TV broadcast stations and a menu of VoD titles.

"We're developing a competitive pay-TV service with a particular focus on second and third tier markets," Todd Achilles, Edge Networks' founder and CEO, said in a recent interview. "These are chronically underserved markets."

In Boise, Evoca's first market, the service will take on incumbent cable operator Cable One, which recently rebranded itself as Sparklight.

OTA rather than OTT
But rather than using the public Internet to deliver its pay-TV service, Edge Networks will enter the home via over-the-air ATSC 3.0 signals. Edge Networks operates two ATSC 3.0 channels in Boise, and it received approval from the FCC last July to convert to the new broadcast standard, which is being marketed by the US broadcast TV industry under the "NextGenTV" consumer brand.

Achilles said Edge Networks' use of ATSC 3.0 signaling, HEVC/H.265 encoding and the company's own proprietary technology enables its platform to pack in about 20 times the amount of programming that a broadcaster can deliver on traditional ATSC 1.0 signals.

"In effect, we kind of own that last mile into the home," added Achilles, an exec who is late of T-Mobile and HTC and was previously VP and GM for consumer mobility at Hewlett-Packard. "Because ATSC 3.0 is all IP-based, it basically allows you to do streaming over the air."

Evoca customers, meanwhile, will receive the service via digital ATSC 3.0-capable antennas that connect to a receiver with an integrated guide and onboard DVR. Edge Networks hasn't identified its in-home box partner, but Achilles said it involves a "dominant supplier" of smart TV operating systems that also has an integrated application catalog. Some possible candidates include Android TV, Roku, Fire TV (Amazon) and maybe even TV makers such as LG Electronics (webOS) or Samsung (Tizen).

Achilles says Evoca is a prime example of how ATSC 3.0 will help broadcasters break new ground and enter new markets.

"Broadcasters have operated in a silo. But with ATSC 3.0, broadcasters are part of the Internet," Achilles said. "People [in the industry] are super interested in this whole new model for broadcast spectrum."

Founded about two years ago, Edge Networks has not revealed its investors or how much funding it has raised.