Canadian cable operator Shaw Communications has stamped its gigabit card with "Fibre+ Gig," a new DOCSIS 3.1-based residential broadband offering that has linkages to Shaw's tech syndication pact with Comcast.

Shaw, which has offered 1-Gig service to business customers since March 2019, said the new residential offering is now available to more than 99% of its cable customers in Western Canada.

The new Fibre+ Gig tier comes with unlimited data and starts at C$115 per month with a two-year commitment. Shaw also markets a 750Mbit/s tier starting at C$110 per month, and has also introduced a new entry-level, 10Mbit/s plan called Basic 10 for C$50 per month. By way of comparison, Telus, a Shaw rival in Western Canada, offers 1 Gig starting at just C$85 per month. 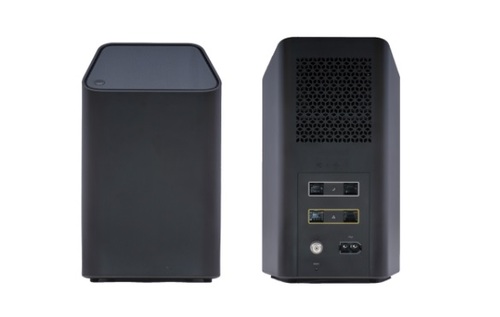 Shaw offers BlueCurve Gateway models from CommScope and Technicolor, products that stem from the cable operator's syndication deal with Comcast.

Speaking on the company's earnings call last month, Shaw President Paul McAleese teased the launch of the new 1-Gig residential offering, but also lamented the sizable differences in gigabit pricing between eastern Canada and western Canada. While Rogers Communications and Bell have harmonized at about C$115 a month on 1-Gig products out east, there's a "perplexing western Canada discount" on that level of product in its region, McAleese said, citing the Telus example.

All Shaw broadband plans delivering 150 Mbit/s or more use the operator's BlueCurve Gateway, a DOCSIS 3.1-based router that ties into Shaw's syndication pact with Comcast. Like Comcast, Shaw currently supports D3.1 gateways from two suppliers  Technicolor and CommScope.

Shaw is leaning almost entirely on a self-installation program during the pandemic. Shaw notes on its site that the operator has supported more than 500,000 successful installations so far under a Self Connect program that was put in place prior to the pandemic.

Coincidentally, Shaw is introducing 1-Gig residential service amid a pandemic that caused peak network usage to spike in early March and then start to flatten out by April. Per the NCTA's COVID-19 Dashboard, which tracks data from multiple US cable operators, peak upstream traffic has jumped 31.5% since March 1, and peak downstream traffic has risen 14.1%.