Charter Communications is the first major US cable operator to announce a deal to distribute HBO Max, the new streaming video service from AT&T's WarnerMedia that's set to debut next month and start at $14.99 per month.

Under the new multiyear deal, Charter's existing HBO subs, including those on the MSO's Spectrum Silver and Gold video packages, will be auto-converted to HBO Max for no added charge. Other Charter customers will also have the option to get HBO Max. Financial terms were not announced, but it's expected that Charter will get a piece of HBO Max's subscription revenues. 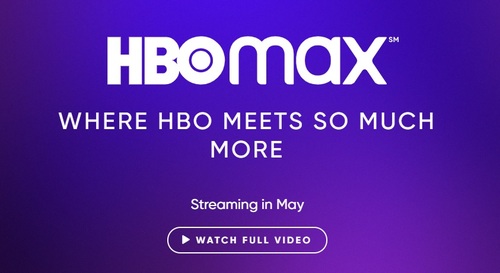 The Charter deal to distribute HBO Max comes on the heels of a similar one that WarnerMedia struck with YouTube TV.

At launch, HBO Max will feature about 10,000 hours of library content and basically double the amount of content delivered on the legacy HBO service. WarnerMedia has set a goal for HBO Max to bring in 75 million to 90 million subs worldwide (including 50 million in the US) by 2025. Charter ended 2019 with 15.62 million video subs, but doesn't break out how many get HBO.

AT&T and WarnerMedia have also made it clear that they intend to strike a number of distribution deals for HBO Max prior to its May launch. However, some pay-TV providers have been hesitant about doing a deal because of concerns that HBO Max, which will also be marketed as a standalone, direct-to-consumer offering, could accelerate cord-cutting.

The HBO Max carriage agreement could also signal that Charter could sign a similar pact with NBCUniversal for Peacock, the streaming service that is set to launch nationally on July 15 following an early preview for Comcast X1 and Flex customers.