Comcast is not the only US cable operator that is considering community WiFi hotspots these days. Cox Communications is also evaluating the merits of a WiFi stratagem that would transform cable subscriber modems into public access points.

At last week's Light Reading Breakfast Roundtable at SCTE Cable-Tec Expo in Atlanta, Kelly Williams, vice president of product strategy and management for Cox Communications Inc. , said his company is in close communication with Comcast Corp. (Nasdaq: CMCSA, CMCSK) about how its deployments are progressing. Community hotspots are "definitely on our radar and something we could do in 2014." (See: Comcast Turns Homes Into Hotspots.)

Little information about Comcast's community hotspot initiative has been made public, though anecdotally, some customers are reporting problems. On the DSLReports forums, subscribers complain specifically about running into difficulties opting out of the service.

Assuming Comcast gets all the kinks worked out, the community hotspot approach could help cable operators expand their WiFi coverage rapidly. That's something the entire industry would like to see.

With WiFi, cable companies may finally have a winning wireless strategy. The five big US MSO members of the CableWiFi Alliance have already deployed more than 200,000 public hotspots across the nation. Cable operators say WiFi is helping them reduce customer churn. In the future, it may also help them generate revenue. (See: Cable Finally Sees Money in Wireless.)

The trick for cable companies is figuring out how to make WiFi scale successfully. Beyond the community hotspot approach, building an architecture that enables WiFi roaming (as the CableWiFi Alliance has done) is one option. But there are hurdles to overcome on that front, too.

Joe Jensen, executive vice president and CTO of cable and telecom for Buckeye Companies, argued at the breakfast event that the current approach for managing roaming across cable WiFi networks needs to evolve. Roaming agreements between cable operators are really a series of peer-to-peer arrangements. The industry needs "to get to a true federated solution" for more operators (particularly small ones) to join the cable WiFi game.

Then there's the issue of subscriber experience, including how well WiFi roaming works for consumers. The new Passpoint specification, also known as Hotspot 2.0, is streamlining some of the technical issues involved in jumping between WiFi networks. But there are still only a limited number of smartphones and other devices that can support the spec.

Finally, there's the issue of spectrum. Everyone agrees that, without enough spectrum, there won't be enough capacity to satisfy wireless subscribers, particularly as expectations for connectivity continue to rise.

Scale is the key to cable's success in WiFi. Whether the industry has figured out how to support widespread deployment, though, remains an open question.

Jared Headley, senior director of service provider mobility marketing for Cisco Systems Inc. (Nasdaq: CSCO), said last week that he hopes the industry will be able to say that cable WiFi monetization is a reality by next October. How? "Because we found scale."

albreznick 10/31/2013 | 6:05:59 PM
Re: One year from now I think we'll see a lot ,ore activity and progress over the next yar as well. There will be a bunch of monetization trials and pilots in the next 12 months. So the cable cos should know a lot more about what works and what doesn't work by then.
Reply | Post Message | MESSAGES LIST | START A BOARD

DOShea 10/30/2013 | 9:55:05 PM
One year from now The cable industry has made huge progress with Wi-Fi across the board, but there is an awful lot of work to do if they are talking about monetization one year from now.
Reply | Post Message | MESSAGES LIST | START A BOARD

fangliming 10/30/2013 | 6:10:28 PM
Re: Community hotspots looking forward to hear about LTE-HFC, is it the next step of MSO engaging in wireless business?
Reply | Post Message | MESSAGES LIST | START A BOARD

albreznick 10/30/2013 | 2:46:57 PM
Re: Community hotspots That's true, Hoe. Cablevision already has 100,000-plus hotspots in the NY metro area, which is pretty amazing. Wonder how long before they go the community hotspot route too.
Reply | Post Message | MESSAGES LIST | START A BOARD 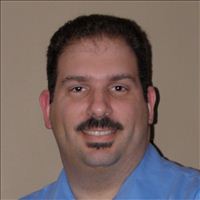 joebogey 10/30/2013 | 10:12:45 AM
Re: Community hotspots There is also the Cablevision Optimum Wifi Hotspots. There are currently thousands of wifi hotspots deployed throughout the NY metro area. Coupled with automatic sign in through the device MAC address, this is another system to take a look at.
Reply | Post Message | MESSAGES LIST | START A BOARD