NEW YORK -- Future of Cable Business Services -- Comcast is trialing SIP trunking in three US markets and plans to take the VoIP-based service nationwide by the end of 2014.

John Guillaume, vice president of product management and strategy at Comcast Corp. (Nasdaq: CMCSA, CMCSK), said in a panel discussion here Wednesday that the cable company's trials are going "extremely well," but it has been proceeding with caution. Interoperability has been the biggest challenge Comcast has faced with SIP, so it's using a limited number of PBXs to make sure they all work together.

Comcast plans to roll the service out nationwide by the end of 2014, and it is working on expanding PBX interoperability. "SIP is the natural next stepping stone to complete [Comcast's] portfolio; 85% of the market is still PRI, but SIP is 15% and growing much faster, instead of being a declining market."

Also, Comcast is looking to expand into larger businesses. It's leading with SIP, but it's not religious about what the enterprise chooses, whether it be cloud-based, SIP, POTS, or another form of technology. In its experience so far, most customers end up buying multiple solutions. "The portfolio is what we're most enthusiastic about," he said. "We want to make sure customers pull voice along, like with every Internet and data service we do."

Guillaume conceded that Comcast is late to an already mature market, but he said competing with telcos is one thing it does well. Its strengths in high-speed Internet and Ethernet, coupled with the talent it gained from its acquisitions of Cimco and New Global Telecom, have strengthened its play here. (See Comcast to Acquire New Global Telecom and Comcast Snares a CLEC.)

"Large customers want to purchase Ethernet network service and combine it with a PBX and manage it more efficiently than before," he said. "It's a great service offering for business. It's a natural combination when you go into the midmarket." 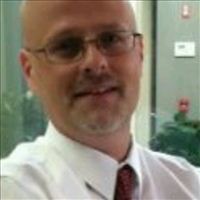 rstevens_total_telecom 1/20/2014 | 1:26:11 PM
Re: Comcast's portfolio The sip trunking market is pretty big, If Comcast has priced correctly they will take a large share of the space
Reply | Post Message | MESSAGES LIST | START A BOARD

albreznick 1/20/2014 | 12:09:40 PM
Re: Comcast's portfolio How much market share do you think Comcast can take? And how big is the SIP trunking market right now?
Reply | Post Message | MESSAGES LIST | START A BOARD

albreznick 1/20/2014 | 12:09:21 PM
Re: Comcast's portfolio How much market share do you think Comcast can take? And how big is the SIP trunking market right now?
Reply | Post Message | MESSAGES LIST | START A BOARD

rstevens_total_telecom 12/10/2013 | 10:33:19 PM
Re: Comcast's portfolio I agree, a strategy that's taking market share. They are already familiar with SiP in their PRI and hosted solutions.
Reply | Post Message | MESSAGES LIST | START A BOARD

albreznick 12/10/2013 | 9:48:22 PM
Re: Comcast's portfolio I'll bet Guillaume will sing a dsomewhat different tune at next December's conference after Comcast has SIP rolled out throughout the US. It's often the Comcast way. Start out cautiously, set market expectations low, and then exceed them. We'll be watching.
Reply | Post Message | MESSAGES LIST | START A BOARD

rstevens_total_telecom 12/10/2013 | 11:50:39 AM
Re: Comcast's portfolio The Confidence is reasonably not there yet. Theres no serious rush as they have a solid PRI offering, Esp for existing customers.  Im more curious to see what PBX's they are developing SIP on. Purely a play for huge clients that want total control, but there are a great deal of PRI's and hosted seats out there now, not to mention POT's. The followup after large market saturation will be conversions of smaller clients, Most new post saturation sales will be driven by in the indirect (third party broker/consultant) community once Direct sales teams lockup the big stuff. .

Its an exciting industry if you know what your doing.
Reply | Post Message | MESSAGES LIST | START A BOARD