In a battle that pits a major set-top box chip maker against a top video streaming service provider, Broadcom has filed a lawsuit claiming Netflix is infringing on nine patents covering "foundational technologies" that Broadcom claims to be essential to Netflix's OTT service.

The suit, filed Friday (March 13) with a California district court, alleges that Netflix is infringing on nine patents, including some that are almost 20 years old. Broadcom argues that the technologies described in the patents are used by Netflix to help underpin its streaming capabilities, including applications that deliver content to connected TVs, streaming media players, PCs, smartphones, tablets and other streaming devices. 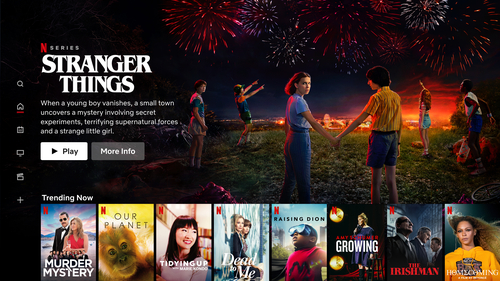 Broadcom claims that Netflix's alleged infringement and the ongoing absence of a licensing deal are carving into the company's set-top box chip business. "As a direct result of the on-demand streaming services provided by Netflix, the market for traditional cable services that require set top boxes has declined, and continues to decline, thereby substantially reducing Broadcom's set top box business," Broadcom claimed.

Netflix, meanwhile, has been successful in integrating its app not only onto various retail streaming platforms, including media players, sticks, mobile devices and smart TVs, but also set-tops supplied by pay-TV service providers, including Comcast (X1 and Flex), Liberty Global and Cox Communications (Contour, via an X1 syndication deal), among many others.

Broadcom said it has made repeated attempts to engage Netflix in licensing discussions to no avail, claiming that Netflix has declined to agree to terms or present a counteroffer. Netflix declined to comment.

Per a copy of the complaint obtained by Light Reading, these are patents in-suit:

Among those individual patents, Broadcom claims that Netflix uses technology described by the '079 patent by balancing traffic over Netflix's systems, including its content delivery network.

Broadcom is in part seeking an order for damages that are "no less than a reasonable royalty" for each of the asserted patents as well as treble damages, but it did not specify an amount being sought.