Several players, from Google (Android TV/Google TV), Roku, Amazon (Fire TV) and major TV manufacturers such as Samsung, LG Electronics and Vizio already have a solid grip on the sector. Meanwhile, Comcast is elbowing its way into the market with XClass TV as Sky, the UK-based, Comcast-owned unit, plows ahead with its lineup of Sky Glass TVs. Vewd is also in the fray via a partnership with TV-maker Vestel focused on operators in Europe.

But Jon Kirchner, the CEO of Xperi, the company that combined with TiVo last year, believes there's room for at least one more company – his – to join the mix as consumers continue to gravitate to smart TVs outfitted with tightly integrated software that can navigate and search across multiple apps and services via a unified user experience. 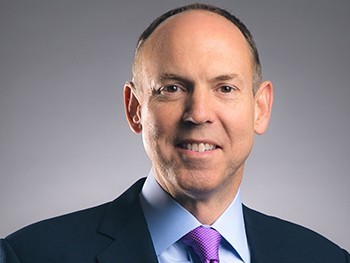 TiVo, he said, had identified the trend that consumers increasingly are looking for connected TVs to help them navigate a world of streaming apps and services. With the TiVo Stream 4K, an Android TV streaming dongle launched in May 2020, the company proved that it could extract its tech stack from a traditional set-top box and apply it to a consumer streaming device. The next logical step is to integrate that stack, along with a broader user experience, into connected TVs.

"The idea [behind the strategy] is how to become that TV interface," Kirchner said. "Other companies are doing it successfully, but we looked at it and thought we had some unique skills and ingredients from Xperi and DTS [a unit/brand of Xperi focused on audio technology] coming into the fold in the merger ... and a very long history of licensing technology in the TV."

Looking beyond the interface, Xperi/TiVo is also developing its own operating system for smart TVs designed to drive revenues from subscription-based services as well as free, ad-supported fare, and to do all of that on a global basis.

Kirchner acknowledges that the smart TV platform market is already full of big hitters. But he's also confident that Xperi can carve out a beachhead  either in the US or an international market  that can show off the capabilities of its interface and platform and be used to attract an even broader ecosystem of partners. 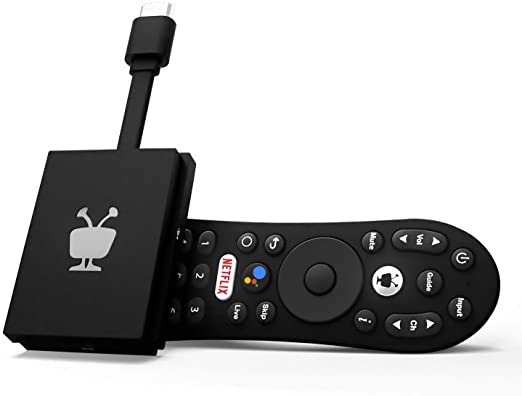 Launched in May 2020, the TiVo Stream 4K represents a step in the company's plan toward an eventual integration of the TiVo user experience/platform and a new operating system into connected TVs.
(Source: Xperi/TiVo)

"If our [platform] can be more effective with user engagement than somebody else's solution, over time the TV industry is clearly going be interested in that because, in many cases, they share part of those economics," he said. "Our job is to make sure we establish a foothold and then build on our success over time."

Xperi's connected TV strategy is a longer-term play, as the company is not expected to launch a TiVo OS in a connected TV until late 2023 or early 2024. Kirchner said Xperi has completed the core engineering and is already starting to provide private demos to various partners.

"We're well on our way," he said, noting that the ecosystem being developed will focus on spanning TV makers, chip suppliers and content providers. "We're certainly talking to people in literally every region. While we think we'll have a presence in the US market, there's a big world out there."

Kirchner also views the smart TV market as an entry point for other technologies and systems developed at Xperi that currently touch other parts of the consumer market.

Here at NAB, Xperi is showing off DTS AutoSense, a suite of data and machine learning tech and services initially focused on the connected car sector. Already in production, that system, which uses a mix of cameras and sensors backed by software, can detect activity in the car cabin, determine the eye gaze of the driver, and even assess the mood of occupants to, for example, create an ultra-targeted play list. While much of DTS AutoSense is focused on auto safety, Kirchner said there are elements of the platform that could be relevant to the TV, particularly from a personalization standpoint.

"When you think about the living room experience, there is still plenty of margin to innovate in ways that make your environment more personal and more immersive and more compelling," he said. "Our job coming through the merger ... is to integrate some of that disparate technology and reflect our unique insights in ways that are different than some of our competitors."

Even as Xperi's smart TV strategy starts to take hold, Kirchner said there's been no change to the company's commitment to working with cable operators and other service providers on pay-TV strategies, and IPTV in particular.

"We're committed to the pay-TV space as being an important element of our business," the exec added, noting that the company has a "good mix" of prospective customers in the queue.

Xperi, which is in the process of splitting off its product and its licensing/intellectual property businesses, is approaching the IPTV migration and deployment path with cable operators and telcos in a couple of ways. One is TiVo Experience 4, an IPTV platform that uses a cloud-based form of the TiVo service; and another is the TiVo Managed IPTV service, an app-based offering that stems from Xperi's acquisition of the MobiTV assets last year.

"We're still in the early innings of seeing that growth begin to break out" with respect to cable operators pivoting to IPTV, Kirchner explained. "I think we're going to lean into a more accelerated period in the next two years."

How video analytics can kickstart the edge opportunity for telcos
Telco, media and entertainment, and training and certification
Kaizen Gaming modernizes service development with microservices on Red Hat OpenShift
Evolving CDNs to keep pace with capacity, quality, and efficiency demands
Preparing for the future of cable
More Blogs from CxO Spotlight
Vantiva CEO on life after the Technicolor separation and spin-out