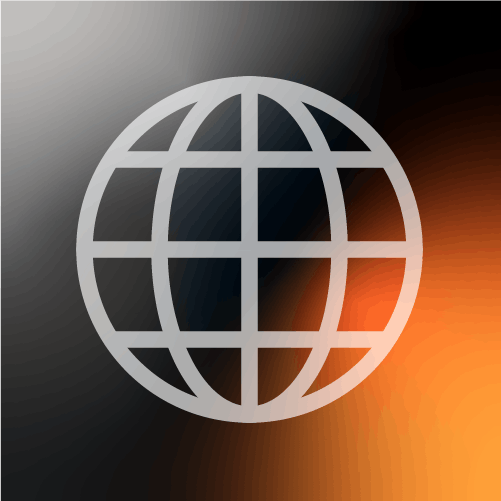 With the threat of catastrophic blackouts around the world, legislators and regulators are scrambling to create new rules for grid modernization. As a result, the cable broadband industry has a shrinking window of opportunity to educate these policymakers about two new synergistic American National Standards Institute (ANSI) standards created by the Society of Cable Telecommunications Engineers (SCTE) to fix the electric power grid.

These standards are unique in their ability to improve the reliability and efficiency of the failing global electric grid. The primary task is to reverse the trend of recent grid failures, during which downed power lines and the inability of electricity supply to meet demand have increasingly caused cataclysmic loss of life and property.

From both technology and policy perspectives, there are few solutions available to create new grid rules. Existing solutions are proprietary, non-interoperable and unable to be deployed on a global scale rapidly. Furthermore, existing solutions do not provide end-to-end control, from generation through to end-use by consumers, commerce, industry and agriculture. The SCTE 267 and 271 standards were designed with rapid scalability and neighborhood-level grid control in mind but, alas, policymakers have not been exposed to, and thus are not familiar with, broadband-enabled grids.

Left to their own devices (pun intended), policymakers will deploy more market-based proprietary solutions, direct load control and prices-to-devices. Some markets enable "Aggregator" go-betweens or brokers who make a buck off consumers, but they serve only as blunt instruments when more surgical precision is needed.

Furthermore, existing solutions can only be implemented in a proprietary fashion by individual utilities. To cite a prime example of proprietary splintered markets, some 3,829 U.S. utilities already offer 54,462 different electric rates from which consumers must choose.

Utilities and regulators in gridlock

Interoperability that drives scalability is going nowhere with utilities and regulators. No grid-enabled, interoperable smart thermostats or electric vehicle chargers work across all utilities. Likewise, no interstate companies can manage data-center energy consumption and other loads, given the thousands of electricity suppliers, each with a different set of rules.

For the most part, what policymakers need to understand before drafting more rules is how the new SCTE broadband standards are fundamental to increasing the grids reliability and its ability to generate and deliver more cost-effective electricity. Both standards were born out of research I proposed that was funded between 2016 and 2019 by the U.S. Department of Energy at the National Renewable Energy Laboratory, the Lawrence Berkeley National Laboratory and CableLabs.

This transformative opportunity to create broadband-enabled grids is similar to the historical evolution of the cable broadband network itself. Cable networks initially used centralized headends, proprietary systems and one-way delivery of content. Over time, two-way upgrades and distributed headends and hubs enabled the development and deployment of new services, including telephony and high-speed data. As two-way services became highly penetrated and successful, the threat of network congestion and slowdowns created the need to leverage best practices in internet-based traffic engineering to detect and mitigate network congestion.

No best practices for power grids

Internet best practices involve interoperable network elements and customer premises equipment (CPE) that count the actual amount of data moved every second. These practices then express broadband network utilization as a percentage of the total amount of data that could have been moved had the pipe been full – that is, had the network been fully utilized.

But, in the last mile of the power grid, there are no best practices to enable real-time traffic engineering. Most of the grids network elements do not count the amount of electricity being moved within neighborhoods. Only the customer meters on the side of a building do so – and at best only in 15-minute increments.

To put it in layperson terms, have you ever noticed that the operation of a hair dryer, vacuum cleaner or refrigerator can cause the lights to dim in one house but not in another house? Thats because nothing in the grid is measuring the lights dimming on a house-by-house basis. Now, think about: 1) how many lights will dim when electric (EV) vehicle chargers use more energy than many other appliances combined and 2) how to rapidly orchestrate EV charging operations at scale to ensure the overall grid is as low-cost and green as possible, and the wires connecting your house and your neighbors are not overloaded.

Consider the new capabilities for managing electricity demand that are supported by ANSI/SCTE 267 2021 and ANSI/SCTE 271 2021. Since its inception, the entire grid has been built so that supply anticipates and follows demand. Disparate automation has been put in place to make supply chase demand, which is an increasingly costly, inefficient and unreliable way of operating the grid. In contrast, SCTE 267 and 271 enable demand to follow supply. Thats huge!

As it turns out, demand is a perfect mirror of supply, a geospatial, temporal mirror. To manage demand is to manage supply. Yet, to manage demand requires networked, interoperable devices on a massive scale that can listen to supply forecasts over one-way and two-way networks and adjust their behaviors voluntarily and autonomously.

While the grid will evolve somewhat without the help of SCTE 267 & 271, its critically needed transformation requires the high-speed, interoperable, standards-based technology that is built into the new SCTE standards. To that end, both SCTE 267 & 271 are unique in their ability to help utilities manage and monitor the electric power grid.

There are no white knights or magical wizards on the horizon capable of solving our many grid problems. As a result, we need to up our game today to educate policymakers about broadband-enabled grids, before regulators make rules that will limit the cable industrys opportunities, increase operational costs, and result in a sub-optimal grid and more loss of life and property.

While the cable broadband industry is a leader in advocacy and the development of public policy for the greater good, we can and have to do more. Yes, cable operators, video programmers, equipment manufacturers, research labs and others are providing a more energy-efficient experience that is saving consumers millions of dollars in energy bills and preventing millions of metric tons of carbon dioxide emissions. But largely untapped is the opportunity to create a broadband-enabled grid. Unfortunately, the time window for doing so is shrinking as policymakers unaware of broadband capabilities forge ahead with sub-optimal grid modernization solutions.

In other words, power grid policy makers are still operating in the dark. It's time for the cable broadband industry to shed some light on them.

How video analytics can kickstart the edge opportunity for telcos
Telco, media and entertainment, and training and certification
Kaizen Gaming modernizes service development with microservices on Red Hat OpenShift
Evolving CDNs to keep pace with capacity, quality, and efficiency demands
Preparing for the future of cable
More Blogs from Guest Perspectives
Dismantling the dominance of Big Telco

Mobilise CEO says the new iPhone will signal the end of SIM cards.