A new study from Comcast Advertising suggests that advertisers can get the biggest bang for their buck from comprehensive video ad campaigns by purchasing a chunk of ads in the streaming domain but still spend the bulk of their ad budgets on traditional TV.

The annual study – the Comcast Advertising Report 2022: Actionable Insights for the Modern TV Advertiser – recommends that advertisers allocate 20% to 30% of their premium video budgets toward streaming, and the balance to traditional TV. The report arrived to that conclusion after analyzing more than 20,000 multiscreen video campaigns to help uncover what works best for TV advertisers. Comcast noted that this year's study is the first-ever combination of FreeWheel's Video Marketplace Report (Comcast acquired FreeWheel, an ad-tech company, in 2014) and Effectv's TV Viewership Report (Effectv is the new name of Comcast's ad sales division).

Advertisers seem to be getting the message, as the study also found that over half (51%) of households reached by streaming are incremental to broader TV ad campaigns.

The study also found that households continue to watch traditional TV, but are doing it more on their own schedule. Of the six hours and six minutes of traditional TV viewing each day, 71% of it is spent outside of prime time hours, with 69% of viewing on cable and 31% on broadcast.

Additionally, some 54% of digital video content viewing is of "live" TV content, proving that "digital viewing isn't only 'catch-up' and 'binge-viewing,'" the study noted.

Fleeing to the biggest screen

Consumers, the study also found, are also heading to the best screen in the home to consume most of their video, with some 77% preferring the "big screen," compared to just 10% for mobile devices. 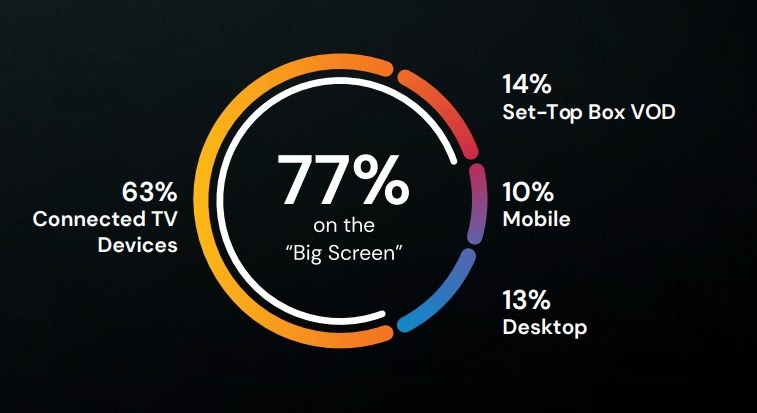 In a nod to the rise of so-called FAST (free ad-supported streaming television) services, a category that includes Tubi, Pluto TV and Comcast-owned Xumo, 75% of respondents to a recent survey tied to the study said they are okay watching ads so long as the content is free. Overall, FAST viewership rose 25% year-over-year in 2021, a rate that's rising upwards faster than the overall connected TV category. Six out of ten households with connected TVs use FAST services, the study showed.

The study also shed some light on an ad-selling ecosystem that has grown immensely complex and fragmented. This snapshot illustrates how those players, including smart TV makers, mobile device platforms, gaming consoles and direct-to-consumer streaming services, are fitting together. 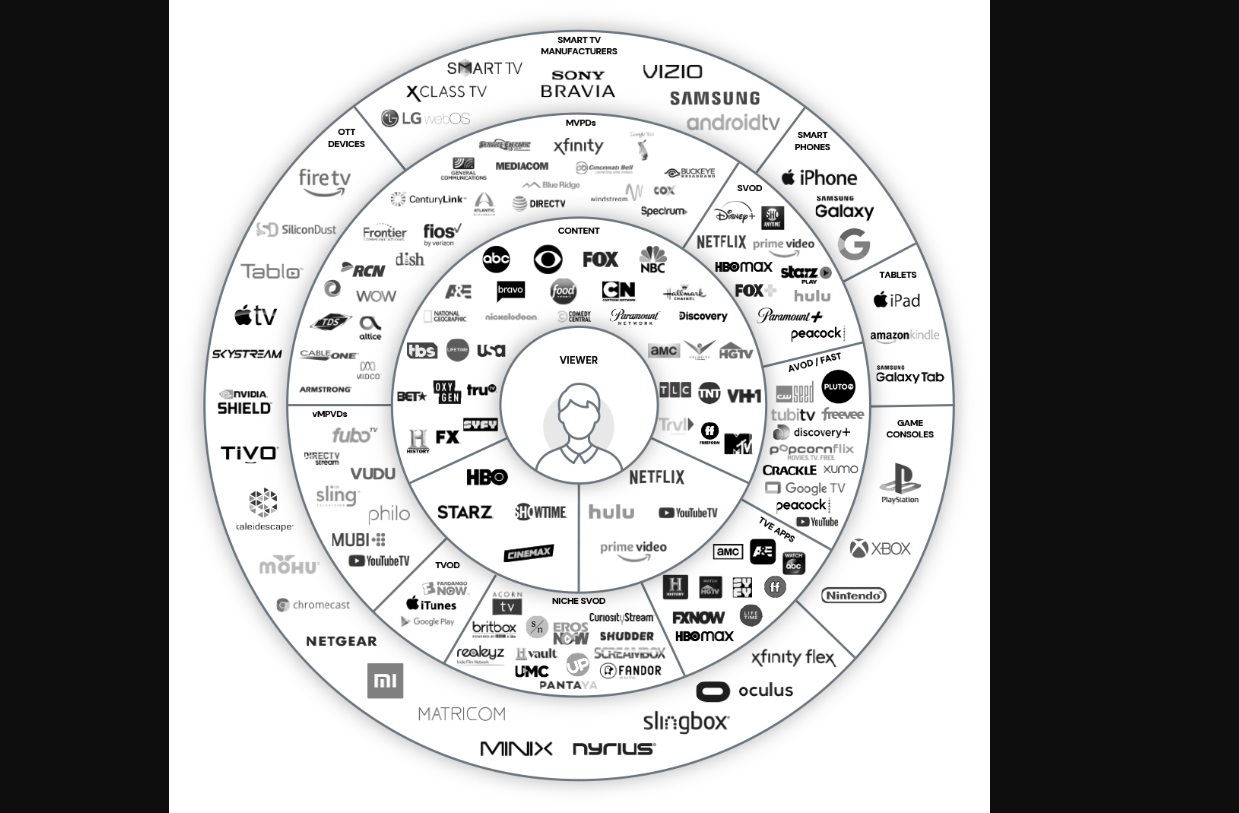 Ad sellers "are looking for new ways to simplify the path – and maximize the value – of their inventory. This has led to a crowded market and a complex landscape," Comcast Advertising explained.

Looking ahead, the study holds that streaming's importance in advertising is poised to grow and likely surpass today's recommended allocation of 20% to 30% in fully fledged video ad campaigns.

"As new streaming options evolve and expand in coming years, overall streaming viewership is likely to increase and take on a larger importance for (and should represent a larger percentage of) an advertiser's video advertising strategy," the study concluded.