RCN, Grande Communications, Wave Broadband and enTouch have opened up a new broadband revenue stream with the recent launch of a premium option for online gamers that's based on a Wi-Fi 6-powered router from Netgear.

That new offering, centered on Netgear's Nighthawk Pro Gaming XR1000 Wi-Fi 6 Router, costs an additional $12.95 per month and is paired with an app designed to optimize ping times and prioritize in-home network bandwidth. The offering from RCN, Grande, Wave and enTouch effectively applies a monthly lease price to a Netgear product that sells for about $300 at retail. 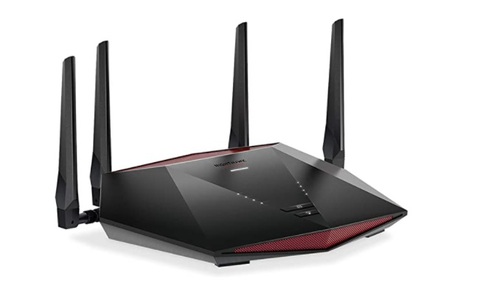 The new gaming option from RCN, Grande, Wave and enTouch centers on a Netgear router that is also available at retail for about $300.
(Image source: Netgear)

According to the FAQ, the gaming-optimized router from Netgear uses geo-fencing and geo-filtering to reduce latency and lag by connecting only to the closest servers and uses a "ping heatmap" to locate those nearby servers. The system is also equipped with a QoS/device manager that can prioritize in-home bandwidth to gaming devices.

Notably, the new offering from RCN, Grande, Wave and EnTouch, a group of allied operators that form the sixth-largest US cable operator, requires a professional install. They also recommend speeds of 250 Mbit/s or higher.

The new offering from those broadband operators also marks the early part of a trend that is seeing select cable operators and ISPs add online gaming capabilities to their repertoire.

A prime example is Cox Communications. Following an earlier trial, Cox now markets a service called Elite Gamer. Cox currently bundles in Elite Gamer, a service that promises to reduce lag, ping and jitter with its Panoramic Wi-Fi router which integrates a DOCSIS 3.1 cable modem and is rented out by the operator for $12 per month. Cox also sells Elite Gamer for an extra $6.99 per month for customers who own their own modem.

Those premium offerings have arrived ahead of trials and deployments of Low-latency DOCSIS (LLD), a feature first introduced in DOCSIS 3.1 that has been carried over to the new DOCSIS 4.0 CableLabs specifications.

While online gaming and video conferencing are obvious targets for LLD, the capability can also have an impact on day-to-day activities such as web browsing, Matt Schmitt, principal architect at CableLabs, said during a keynote presentation at Cable Next-Gen Technologies & Strategies, an online event recently hosted by Light Reading.