Charter Communications is still fighting through forces driven by the pandemic that, in recent months, have slowed down the rate of broadband subscriber growth.

Although Charter has raked in millions of broadband subscribers during this period as people worked and schooled from home, a reduction in consumer moves and an overall decline in market activity has resulted in historically low levels of churn, Tom Rutledge, chairman and CEO of Charter Communications, said Thursday in an interview with CNBC's David Faber. 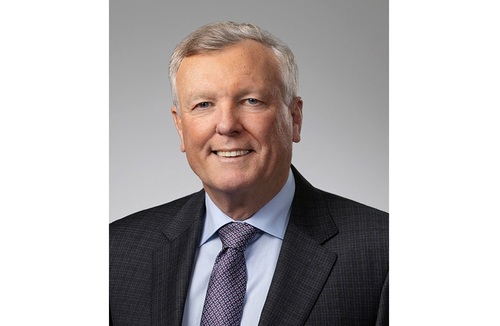 'Our growth is good, just not as fast as it's been,' says Charter CEO Tom Rutledge.
(Image source: Charter Communications)

"The pandemic effects on the economy are still real," Rutledge said. "We're growing nicely, but it's a smaller activity marketplace at the moment  There are anomalies in the way people are moving about and the way the marketplace is working right now."

That said, Charter remains "comfortable" with its long-term trajectory. "Our growth is good, just not as fast as it's been," Rutledge explained.

Charter's far from alone in that plight. Comcast and other cable operators also saw a slowdown in broadband subscriber growth in the period. Just today, MoffettNathanson analyst Craig Moffett issued a report exploring the drivers of that slowdown, identifying a confluence of drivers that includes competition, sluggish new household formation, the impact of government subsidies on wired broadband and the overall saturation of the US broadband market.

Rutledge downplayed the competition angle, noting that the pace of new-build activity has not changed much for Charter, and that the company has historically done well against overbuilders.

Meanwhile, he holds that Charter is well positioned with a broader product set that now includes mobile.

"If you think about whole product setwe're still a high growth company in a very competitive environment," he said. "When you put all of our products together into a signal package, the value proposition is really good."

And he holds that overbuilding is not for the faint of heart. "It's a difficult business. It's a slow business. It's very capital-intensive," Rutledge said. "We think that our access to capital and our ability to upgrade our networks and keep our products competitiveis easier and more capitally-efficient than our competitors."

He also reiterated that mobile growth is in position to replace video as the second leg of the stool at Charter. The operator added 244,000 mobile lines in Q3, ending the period with 3.18 million.

But pay-TV, despite its challenges, will remain part of the overall package.

"It's a problem business, in that it's a business in transition," Rutledge said, lamenting that the cost of programming continues to skyrocket and put pressure on Charter's ability to create packages that consumers value.

"It's still a business that we need to be in," he said, predicting that the rate of pay-TV subscriber losses will eventually simmer down.

He also thinks Charter, which has already integrated apps such as Netflix, HBO Max and YouTube into its video platform, is in position to be a reaggregator of direct-to-consumer streaming products under a "store" model. But he shot down Faber's question that Charter might try to fulfill that strategy by buying a company like Roku.