MyBundle.TV prepares to merge onto the 'FAST' lane

MyBundle.TV, a startup that has developed a platform to help dozens of US broadband service providers stay in the video game, is inching toward the launch of a free, ad-supported video streaming service.

MyBundle.TV is building that piece of the platform now and is in discussions with a range of content partners, according to CEO and co-founder Jason Cohen. He expects to launch the FAST offering within the next couple of months. 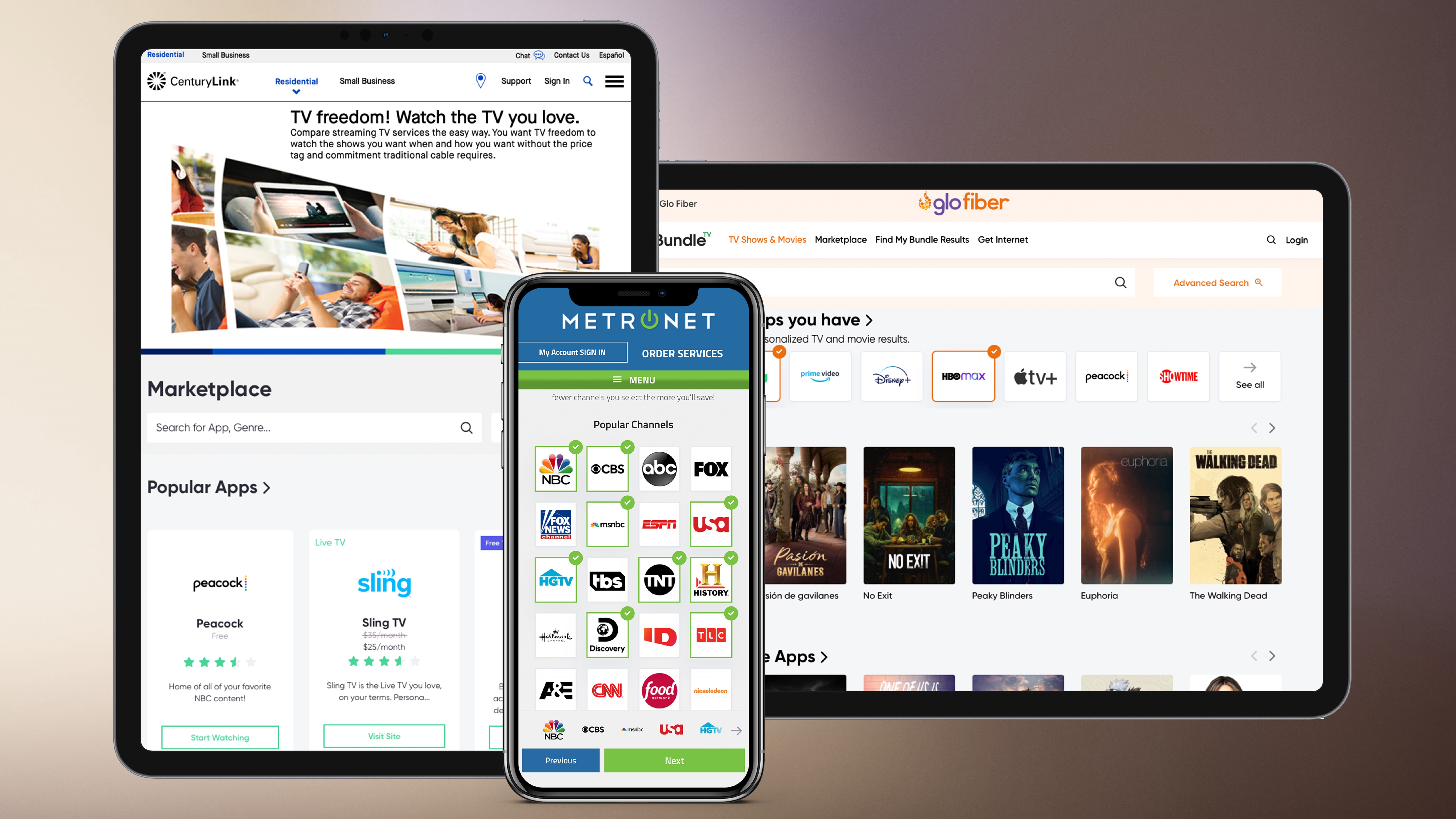 CenturyLink/Lumen, Metronet and Glo Fiber are among the 84 broadband service providers on MyBundle.TV's customer roster.
(Source: MyBundle.TV. Used with permission.)

The free streaming component will also put MyBundle.TV in a position to expand an offering that enables its ISP partners to promote and recommend a wide range of subscription and free video and music streaming services, including NBCU's Peacock, Spotify, Hulu, Disney+ and HBO Max, as well as virtual multichannel video programming services (vMVPDs) such as Sling TV, Vidgo and FuboTV, among others.

"We're going to take a crawl, walk, run approach" to FAST, Cohen said. After standing up the distribution piece of the new offering, MyBundle.TV will then work toward maximizing the advertising end of it, he said.

The new FAST offering is emerging as MyBundle.TV continues to expand its base of ISP partners using a platform that enables their broadband customers to create a personalized profile and build their own streaming bundles based on their preferences and interests.

Cohen said that MyBundle.TV offers that service for a "very low monthly fee," backed by a customer service rep tool, reporting dashboard and marketing materials that ISPs can customize with their own logos and branding. MyBundle.TV also shares a percentage of revenues it makes from supported streaming services.

Cohen said that his company now has 84 ISP customers on board that serve a combined 8.8 million broadband customers. That's up from just nine partners in December 2020, and the 18 partners it had about a year ago. Examples of broadband service providers that are live on MyBundle.TV's platform include 1Tennesee, Bluepeak/Vast Broadband, C Spire, CenturyLink/Lumen, Dobson Fiber, Earthlink, Glo Fiber, Metronet and WideOpenWest. MyBundle.TV is also close to announcing a deal with a yet-to-be-named top ten US broadband provider.

The company's white-label approach is also entering the picture as an option next to streaming aggregation platforms that have been developed in-house by larger service providers, such as Comcast (for X1 and Xfinity Flex), Charter Communications (Worldbox) and Verizon (the recently launched "+play" service).

MyBundle.TV's approach is taking hold with several "broadband-first" operators that are primarily focused on high-margin Internet services and have been more than willing to cede the video piece of the business to third-party streaming services.

Cohen said that he's also seeing opportunities emerging with hundreds of rural electric cooperatives that have already launched broadband services or have them in the works. And, importantly, most have little to no interest in developing and launching their own video services.

In addition to the coming FAST offering, MyBundle.TV is expanding in other ways. It's starting to roll out a new "Streaming Rewards" program that enables its partners to promote giveaways and other perks. That program, for example, could allow an ISP to offer free temporary access to a premium video service when customers sign up for broadband or upgrade to a faster tier.

MyBundle.TV, a startup founded in 2019, has about 13 full-timers and contractors on board. A recent hire is Chief Product Officer Scott Barton, an exec late of WideOpenWest and premium programmer Starz.

The company has raised about $3.4 million from angel investors, including friends and family. According to Cohen, MyBundle.TV is in the process of raising an "A" round of funding.