Minim first to get CableLabs stamp for low-latency DOCSIS 3.1 device

Minim is the first DOCSIS cable modem supplier to achieve CableLabs certification for a model that supports a fresh set of low-latency features that are now part of DOCSIS 3.1 as well as the new DOCSIS 4.0 specifications. 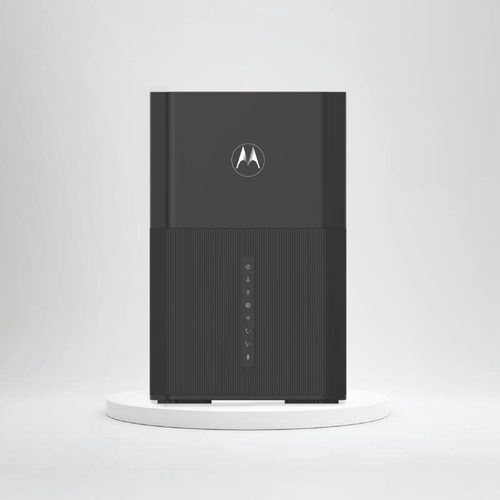 Minim says the Motorola MG8725, a product that will pursue retail and direct-to-operator sales, is the first in a family of new products from the company that will support Wi-Fi 6.
(Image source: Minim)

According to a blog post by Matt Schmitt, principal architect at CableLabs, Minim's product is the first to achieve certification for a D3.1 modem that includes the Low Latency DOCSIS (LLD) set of features.

"This announcement represents a major milestone on the path toward 10G because LLD support is key to improving latency on DOCSIS networks, and improving latency is one of the pillars of 10G," Schmitt wrote. "10G" is an industry initiative focused on delivering symmetrical speeds of 10 Gbit/s over a range of access networks (including hybrid fiber/coax, fiber-to-the-premises and even wireless) alongside low-latency capacities and enhanced security.

Expect others to follow Minim's path. Any DOCSIS 3.1 modem added to the CableLabs list of certified and qualified devices in certification wave 134 or later will also include the LLD feature set, Schmitt explained.

And LLD is not just for shiny new DOCSIS CPE. LLD, which can support latencies as low as 1 millisecond, can be added to already deployed devices via a software update, Schmitt points out.

Minim's LLD milestone enters the picture a few months after it merged with Zoom Telephonics, a cable gateway and IoT vendor that had also secured a license to market products under the Motorola brand. Minim's broader strategy is to sell and market a combination of hardware and management and security software. Though Zoom's primary focus was on the retail sale of cable modems and gateways, Minim has developed a direct operator sales channel (primarily with wireless ISPs) that it intends to extend to the cable operator market.

While low-latency DOCSIS consumer premises equipment (CPE) might hold special appeal to online gamers and operators that are starting to market premium, low-latency services, Minim characterized the Motorola MG8725 as a premium product in its portfolio. It also represents a first glimpse at a family of products from Minim that will bake in Wi-Fi 6. The new device is also equipped with one 2.5-Gig Ethernet port and three 1-Gig Ethernet ports.

The MG8725 will be available to cable operators to sample and purchase in August 2021, with plans to launch the product at retail in the "early fall" at a price to be announced, according to Minim Chief Marketing Officer and Co-Founder Nicole Zheng.