Signaling its pursuit of 10-Gig-capable networks, Liberty Global is preparing for the widespread deployment of a distributed access architecture (DAA) using a compact node from Vector Technologies that packs in a remote PHY device (RPD) developed by Vecima Networks. 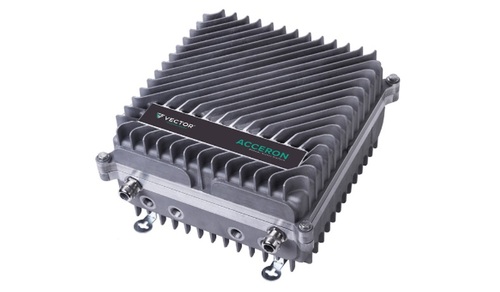 Liberty Global plans to complete field trials this fall at its Western and Central Europe operating companies. Commercial rollouts will start in 2021 as part of a multi-year program, a Liberty Global official said.

The Liberty Global tie-up with Vector and Vecima is not exclusive with respect to DAA. In April, Teleste announced that Liberty Global was testing DAA in support of the operator's gigabit network, with initial work focused on Coventry, Warrington and Baguley in the UK.

Potential path to DOCSIS 4.0 and PON

The move to DAA could serve as a jumping-off point for Liberty Global to eventually upgrade its hybrid fiber/coax (HFC) plant to DOCSIS 4.0, a new set of CableLabs specs that target speeds of 10 Gbit/s downstream and 6 Gbit/s upstream, or a bigger move to PON and fiber-to-the-premises (FTTP). Both DOCSIS 4.0 and FTTP fit into "10G," an overarching cable industry initiative focused on 10-Gig symmetrical speeds, low-latency and advanced security capabilities.

For now, Liberty Global will move ahead with a distributed and more fiber-rich platform for its current 1-Gig-capable network, and set the table for a platform that can also support services such as mobile backhaul.

"The partnership with Vecima and Vector Technologies was a natural extension of our ongoing business activities, mainly focused on our mission to create the next-generation broadband networks in Europe," Seamus Gallagher, Liberty Global's VP of access network strategy, said in a statement. "Currently, we have over 19 million homes connected throughout Europe with speeds of 1 Gbit/s."

The Liberty Global agreement marks Vecima's first DAA deal with a tier 1 operator in Europe, and builds on announced DAA deals with US operators such as WideOpenWest and United Telecom, as well as Altibox (Denmark and Norway) and Netia (Poland).

It also builds on the other general DAA momentum Vecima is starting to see nearly a year after the vendor acquired Nokia's access network portfolio. Last week, Vecima announced that 33 customers around the world had ordered its Entra-branded DA products at the end of its fiscal Q3, up from 24 at the end of the prior quarter.

One advantage Vecima is trying to exploit with DAA is its integrations and interoperability with the vast majority of converged cable access platforms (CCAPs) cores, including those from Casa Systems, CommScope, Cisco Systems and Harmonic. Not all suppliers are as agnostic, as they tend to build DAA products that work with their own CCAP cores. Liberty Global, which uses cores from suppliers such as Casa, CommScope and Cisco, required a solution that was fully interoperable with its deployed CCAP cores.

DAA activity appears to be picking up in 2021 after cable operators put some next-gen network projects on the backburner in 2020 as they instead focused on expanding the capacity of their legacy platforms to keep up with pandemic-fueled data usage spikes.

"Momentum [for DAA] is definitely picking up," with more operators viewing this as a good time to initiative those transitions, Jeff White, senior vice president, cable strategy, at Vecima, said.

Though Liberty Global is the initial operator customer for the Vector/Vecima combo, Vecima also has the ability to sell that integrated DAA product to other operators, White said.