Alaska's GCI is deploying Harmonic's virtualized access network platform and tapping the supplier for a distributed access architecture (DAA) amid an ambitious plan to bring 2-Gig speeds to about two thirds of the state this year.

The deployment features "CableOS," Harmonic's cloud-native core platform for both hybrid fiber/coax (HFC) and fiber-to-the-premises (FTTP) networks, in conjunction with the vendor's "Ripple" remote PHY node. The shift to DAA will extend key electronics toward the edges of the access network, resulting in a digitization effort that will beef up capacity of the HFC network and help lay the groundwork for network virtualization. 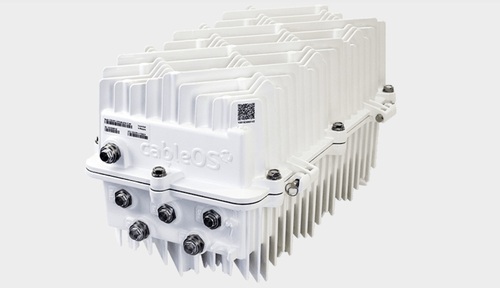 That's all coming together roughly nine months after GCI announced it would use advanced DOCSIS technologies as well as targeted FTTP deployments to launch 2-Gig broadband to 77% of the state in 2022. GCI said it's also laying the groundwork to support 10-Gig speeds within the next five years.

GCI, a subsidiary of Liberty Broadband, has already started to promote the availability of 2-Gig broadband in certain areas, at least in the downstream. Its "2 GIG red unlimited" tier delivered via GCI's DOCSIS network delivers up to 2Gbit/s downstream and up to 75Mbit/s upstream starting at $179.99 per month. That's a step up from a tier delivering 800Mbit/s down and 40Mbit/s up (with 1 terabyte of data) that fetches $154.99 per month.

GCI has been asked how far along it is with its stated 2-Gig rollout plan for 2022.

Update: GCI confirmed that its 2-Gig service launched in November 2021 and is already available to 80% of Alaskans. The recent bump in coverage – from 77% to 80% – followed an extension of the service to the communities of Nome and Kotzebue in rural Northwest Alaska, the company said. And with GCI's AU-Aleutians Fiber Project underway, the company expects to extend access to 2-Gig speeds to more Alaskans by the end of 2022, the company added.

The GCI deployment is taking shape as Harmonic tries to accelerate the pace of deployment of CableOS for HFC and FTTP networks, and the advancement of its portfolio of DAA products. Despite supply chain constraints that have limited access to certain components and led to higher freight and production costs, Harmonic reported it ended 2021 with 73 operators deploying CableOS, up 66% year-over-year. Harmonic also ended 2021 with about 4.8 million modems served by CableOS, up 82% from the year earlier.

"I think we're starting to hit a pretty good cadence with some of our larger customers," Patrick Harshman, Harmonic's CEO, said on the company's recent Q4 2021 earnings call.

Harmonic's total backlog, including CableOS, rose to $545 million at the end of 2021. The company has typically seen 80% to 90% of its backlog and deferred revenues get converted into revenues within a rolling, one-year period, according to CFO Sanjay Kalra.