GCI goes for the Gigs

Alaskan cable and mobile operator GCI will use both advanced DOCSIS technologies as well as targeted fiber-to-the-premises (FTTP) deployments to bring 2-Gig broadband to 77% of the state in 2022. GCI is also starting to lay the groundwork for 10-Gig speeds within the next five years.

"It's bold. It's pushing the envelope," Ron Duncan, GCI's CEO and co-founder, said of the plan during an event held Tuesday. "There are a lot of use cases we don't even know about yet." 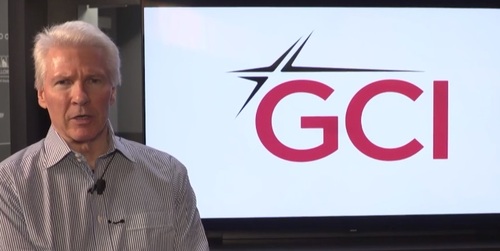 GCI identified nearly 20 cities and towns that will get 2-Gig speeds in 2022, including Anchorage, Homer, Juneau and Petersburg. Duncan said GCI will flip on those speeds on a community-by-community basis as the company deploys more fiber, shrinks the number of homes connected to the node and, in some cases, upgrades hardware inside those nodes.

"Today's announcement proves that we're not done yet," Greg Chapados, GCI's president and COO, added later, referencing the company's current widespread availability of 1-Gig broadband service. "Despite the pandemic and the recession, we're not backing down."

GCI, a subsidiary of Liberty Broadband, did not go into significant technical detail on how it will achieve downstream speeds of 2 Gbit/s starting next year, but it confirmed to Light Reading that it intends to use multiple technologies to hit that goal.

"GCI will be utilizing a combination of HFC/DOCSIS and FTTH to deliver all the services we announced yesterday," Duncan Whitney, GCI's chief product officer, said in an emailed statement to Light Reading. "The initial 2Gbps launch will primarily be HFC. Over time, we will build fiber closer to the customers and take advantage of DOCSIS roadmap advancements (3.1 to 4.0) as well as continue to do selective FTTH deployments where they make sense."

Today's DOCSIS 3.1 modems have the technical capability to support about 5 Gbit/s downstream and 2 Gbit/s upstream with the right configuration of spectrum or upgrades that dedicate enough capacity to the upstream piece of the hybrid fiber/coax (HFC) network.

GCI's future plans tie into the industry's broader "10G" initiative, a toolkit of sorts that will tap into multiple access technologies (HFC, FTTP and even wireless) to set a path toward symmetrical speeds of 10 Gbit/s paired with enhanced security and low-latency capabilities.

Among other near-term priorities, GCI is building a fiber network to Bethel, the largest community in Western Alaska. In addition to providing raw capacity there, GCI intends to tap into that network to also improve the performance of its other terrestrial long-haul technologies in the area, including a microwave-based platform called TERRA that uses the 6GHz band to provide access to remote parts of Western Alaska.

GCI is also in the process of launching 1-Gig to Nome and Kotzebue later this year. Additionally, GCI's AU-Aleutians Fiber Project is working toward the delivery of 1-Gig speeds to the remote Western Alaskan communities of Unalaska, King Cove, Akutan, Sand Point, Chignik Bay and Larsen Bay. That project, developed in partnership with Quintillion, centers on the deployment of an 860-mile subsea fiber system. GCI said a future phase of that project will focus on 2-Gig speeds.

Beyond GCI's plans involving 1-Gig and multi-gig, the operator noted it uses and plans to use multiple access technologies, even those from competitors, to bring connectivity to all reaches of the state.

"When it comes to closing the digital divide, GCI's approach is to leverage all available resources," Chapados said. That commitment, he added, includes "other carriers, including low-Earth orbit satellite providers and public-private partnerships. We want to use every tool in the toolkit, and we're prepared to collaborate with our competitors where it makes sense."