An official changing of the guard is underway at The Cable Center, with word that Diane Christman has been named president and CEO of the cable-backed non-profit organization, which operates a facility located on the University of Denver campus. 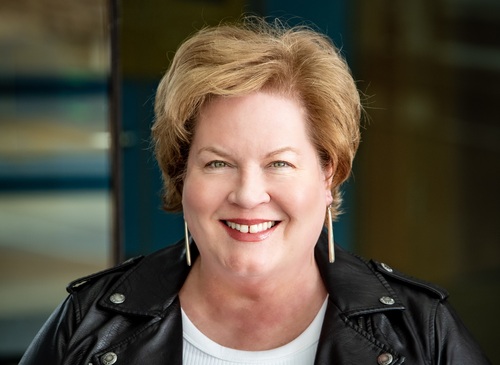 Diane Christman joined The Cable Center in 2006, and most recently served as the organization's chief programs officer and SVP, development.

Christman is no stranger to the aims and activities of The Cable Center. She came on board in 2006, eventually rising to her prior position as chief programs officer and SVP of development. She has been responsible for creating and maintaining relationships and partnerships between The Center and its financial supporters and taking a lead role in the organization's marketing and public relations functions.

Heading into the new role, Christman said her primary focus is to accelerate the work of The Cable Center's "Vision 2025" plan that she and Henthorn co-authored. Launched last year, the Center's five-year plan is focused on making a strategic shift to an expanded and more innovation-focused organization. That plan includes the expansion of the Center's Intrapreneurship Academy (IA) leadership program.

IA is currently comprised of a set of courses focused on innovation, agility and customer experience and, at last check, has produced more than 300 graduates. New to the mix is a one-and-a-half-week course called "Leading with Agility: Executive Intensive" that was piloted in the last quarter of 2021. The pandemic has forced IA to pursue digital, virtual classes, but Christman said she's hopeful that the new, intensive course will soon be available as an in-person offering.

Looking ahead, Christman said she plans to apply some international focus to the Intrapreneurship Academy.

Among other new projects and initiatives in the works, Christman said The Cable Center is developing its first Intrapreneurship and Innovation Symposium, with plans to launch it in the late summer or early fall of 2022. Pandemic-willing, the Center hopes to offer that one in-person, as well.

"I hope the symposium will be in person," said Christman, who previously held leadership positions at a range of other non-profit organizations, such as The Denver Public Library, the Denver Dumb Friends League and the Lupus Foundation of America's Dallas-based north Texas chapter. "I miss people. I miss the excitement and energy of being in person. But if it's not, we'll find a way to make it entertaining and cool as a virtual event."

Speaking of in-person events, she said the current plan is to hold this year's Cable Hall of Fame event, the Center's largest and signature annual project, on September 15 at the Ziegfeld Ballroom in New York City.

If and when more in-person events return in a bigger way, Christman is also exploring new ways to take advantage of The Cable Center facility, which revamped its studio about four years ago and built a separate podcast studio.

Before COVID-19-driven lockdowns in March 2020, The Cable Center was "tracking to have our most successful year yet on the event side," Christman said, noting that the pandemic forced the organization to regroup. "That's a side of the business we are looking to grow. It really does support the non-profit side of the business."

She said the Center is "very open to exploring partnerships and tenants that make sense for The Cable Center," noting that the facility has hosted people from the university as well as Charter Communications, which has a sizable presence in the Denver area.

As for Christman's prior role, The Cable Center will be splitting it into two positions focused on business development and programs. Christman said Susie Tomenchok, who recently published a book on the art of everyday negotiation, has been hired for the business development position at the Center.