After it was clear that finding a buyer for its set-top and modem business was not in the cards, CommScope pushed ahead last week with a plan to spin out its Home Networks division and turn it into a separately traded public company.

The story of Home Networks likely is not over. Last week's announcement gives CommScope nearly a year to execute the spin-off, leaving ample time for the company and its board to explore other, possibly more lucrative options that might surface along the way. That, to me, signals that CommScope would still be game for some old-fashioned M&A.

And let us not forget that Joe Chow, the CommScope exec who leads Home Networks today and is poised to be the CEO of the spin-out, is no stranger to the M&A game  he was one of the main players at Cisco when the company sold its CPE business to Technicolor in 2015.

Will Chow repeat the feat? Will CommScope find that elusive buyer? Or will it team with an original equipment manufacturer (OEM) in a deal that eventually transitions that business to said partner? Or can a spun-out company figure out a way to survive, and perhaps thrive, in a tough video CPE market that is being partly offset by a white-hot broadband sector? What will be the end game (for now)?

We won't know that answer for months. But, for now, it seems a good time to offer a bit of a retrospective on the paths that were traveled and the deals that were done to get things to this point. After all, it still doesn't seem all that long ago when much of the cable set-top chatter used to center on the old General Instrument/Motorola  Scientific-Atlanta/Cisco duopoly. Yet it also seems so far away.

If you're an industry vet who slogged through the duopoly and the rise of cable digital video, the vendor consolidation that followed, and are now witnessing CommScope's latest move, you might, with apologies to David Byrne, be asking yourself:

There's no perfect place to start. But, in my mind, this seems like a moment that helped to set this whole thing into motion:

Back when the Motorola-Cisco duopoly was still a thing, Arris bought into the set-top market by putting up $20 million for the assets of Digeo, a Paul Allen-backed maker of video devices and on-screen guides software. Digeo was among the first suppliers to really get behind the concept of a whole-home DVR and today's common gateway-client setups. 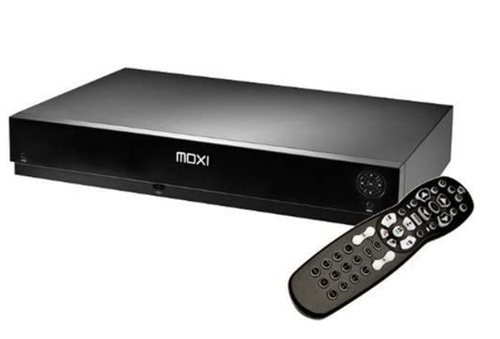 Moxi Digital has roots going back to Rearden Steel, a secretive startup that Steve Perlman, an entrepreneur tracing back to companies such as General Magic and WebTV, got off the ground in 1999.

Digeo didn't bring a lot of cable operator business to the table, but it got Arris into the game and put the industry on notice that there could be more to come. Arris would eventually get out of the video software business and sell what included the former Digeo assets to Espial, which was sold to Enghouse in 2019.

Google inked a $12.5 billion deal for Motorola Mobility, a deal that provided Google with some important patents and intellectual property for its mobile business, plus a bunch of cable CPE and networking assets that came along for the ride.

While it became clear later that Android TV would become Google's path into the set-top box, Google was only really interested in Motorola's patent portfolio and had no desire to hang onto Motorola's CPE and cable access biz. That led Google to seek out possible suitors. It was a weird time, as speculation went in a dozen different directions about who would land the whole thing or forge a partnership that might look to split out Motorola Home's CPE and access networks business. Names in the rumor mill included Ericsson, China's Huawei, CommScope, Juniper Networks, Pace and Microsoft. ZTE was even mentioned in the scuttlebutt. Did I say it got weird? Hardly anyone predicted where it would actually end up.

Arris, a company not yet known for swinging big deals or paying top dollar, forked over $2.35 billion in cash and stock  near the top of the expected range  for Motorola Home.

After chasing after this story for months, I was out of pocket when it happened and remember it vividly  I was about to sit down for dinner with my family at Gullifty's in Bryn Mawr when a colleague, Craig Matsumoto, rang me from California to tell me the news was breaking so he got to carry word of the deal across the finish line. (Thanks for grabbing the story and allowing me to enjoy my meal, Craig!) Suddenly, Arris became the big dog of cable tech  on the access network and in the home.

Three years later, Arris went back to the till to snap up rival set-top maker Pace in a deal valued at $2.1 billion.

With an already big video and broadband CPE position, Arris would now get even bigger after tucking UK-based Pace under its wing. The Pace deal would also add some access network tech to the mix in the wake of its 2013 acquisition of Aurora Networks.

Following weeks of rumors, CommScope and Arris formalized a $7.4 billion merger . It was a Back to the Future moment – more than 20 years earlier, General Instrument split itself into three publicly traded companies: NextLevel Systems (a CPE business focused on the telco TV/IPTV market that later reassumed the General Instrument name, and then sold it to Motorola in 2000), CommScope and General Semiconductor. The band was effectively getting back together.

While the Arris deal did provide CommScope with valuable network infrastructure for cable, PON and wireless, it didn't take long for the rumors to fly about when or if CommScope would try to offload Arris's CPE business. Industry sources tell us that CommScope wasted little time hawking that unit around but could not find a willing buyer.

And that gets us to where we are today with CommScope planning to spin out the Home Networks unit by the first quarter of 2022. Maybe.

Scroll through our handy timeline below to see if you missed anything: