CommScope is close to announcing a transaction involving its struggling set-top and consumer premises equipment (CPE) business and could reveal those details as early as this week, industry sources tell Light Reading.

What still remains fuzzy is the nature of the transaction and whether it will result in an outright sale of the unit or the formation of a joint venture, possibly involving an original design manufacturer (ODM) or another type of manufacturing entity. It's also possible that CommScope will merely announce its intention to shed the unit, one source said.

CommScope declined to comment on this fresh round of industry scuttlebutt. 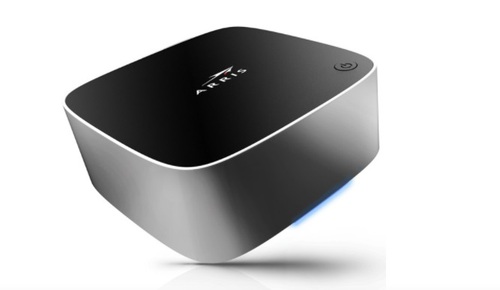 CommScope has tried to keep pace with the pivot to streaming devices with a line of client devices that can work with Android TV, RDK and the company's own KreaTV software platform. Pictured is the Px5517, an Android TV-compliant device with integrated Wi-Fi, 1 terabyte of DVR storage, and support for the 4K and HDR video formats.
(Image source: CommScope)

Those rumors are swirling as CommScope moves ahead with an evaluation of its entire portfolio of products and businesses under Chuck Treadway, named CEO in October 2020.

Under Treadway, who succeeded former company CEO Eddie Edwards, CommScope has booted up an evaluation of its full business, dubbed "CommScope Next." That project will result in the company reallocating resources to businesses that offer the most potential and value in the near and long term. It could also lead to CommScope shedding parts of its portfolio or expanding it through strategic acquisitions.

Speaking on CommScope's Q4 2020 earnings call in February, Treadway called the initiative "a defining chapter of the company and my highest priority as CEO."

CommScope isn't expected to lay out the full plan until it announces its Q1 or Q2 results, but Treadway did hint in February that CommScope businesses that are viewed as "more commoditized" will either be managed for cash or, where appropriate, be evaluated for alternative ownership structures "that can unlock greater shareholder value."

CommScope's ongoing evaluation has kicked up speculation that the result will determine the fate of a set-top business that continues to throw off cash but is shrinking in the shadow of a cord-cutting trend and a pivot to less expensive streaming devices that are carving into the traditional set-top box market.

And it's a scenario that CommScope has been grappling with ever since it acquired Arris, a top supplier of set-top boxes and cable network infrastructure, in the spring of 2019 for $7.4 billion. According to industry sources, CommScope tried to shop the CPE business after the Arris deal was done, but was unable to find any takers or at least any potential suitors that were willing to pay CommScope's price.

With the set-top market in decline and CPE no longer a good fit for its business, Cisco Systems saw the writing on the wall in 2015 when it sold its set-top and modem business to Technicolor.

Word of a coming transaction also arrives amid a big change in the CPE market landscape. Notably, the margins on CPE products are getting squeezed as the software piece of that puzzle gets extracted by open source platforms such as the OpenWrt and the Reference Design Kit, a joint venture of Comcast, Liberty Global and Charter Communications. That's also starting to drive the CPE market toward ODMs that possess manufacturing capabilities, and further away from original equipment manufacturers (OEMs) such as CommScope that typically provide a management layer function between the service provider customer and the companies that actually manufacture the final products.

Arris used to have that manufacturing piece. Prior to being acquired by CommScope, Arris sold its set-top and modem manufacturing facility in Taiwan to Pegatron in February 2018.

Should CommScope, which counts Comcast as one of its largest customers, look to establish a CPE-focused joint venture with an ODM, it may be able to reduce operating costs and raise margins and effectively get a troublesome piece of its business off the books. In turn, an ODM partner could be in a position to add manufacturing volume, secure more share and influence of the cable CPE market and gain critical knowledge about CommScope's service-focused role with major operators.