Charter exploring converged core, based on 3GPP, that can manage wired networks

The result of the PoC will enable Charter to see and manage all of the devices behind the customer premises equipment/gateway in the home connected to a wired network. "That doesn't exist today," Manish Jindal, group VP of wireless research and development at Charter, said this week at a Light Reading-hosted session focused on the cable industry's network and service convergence activities. 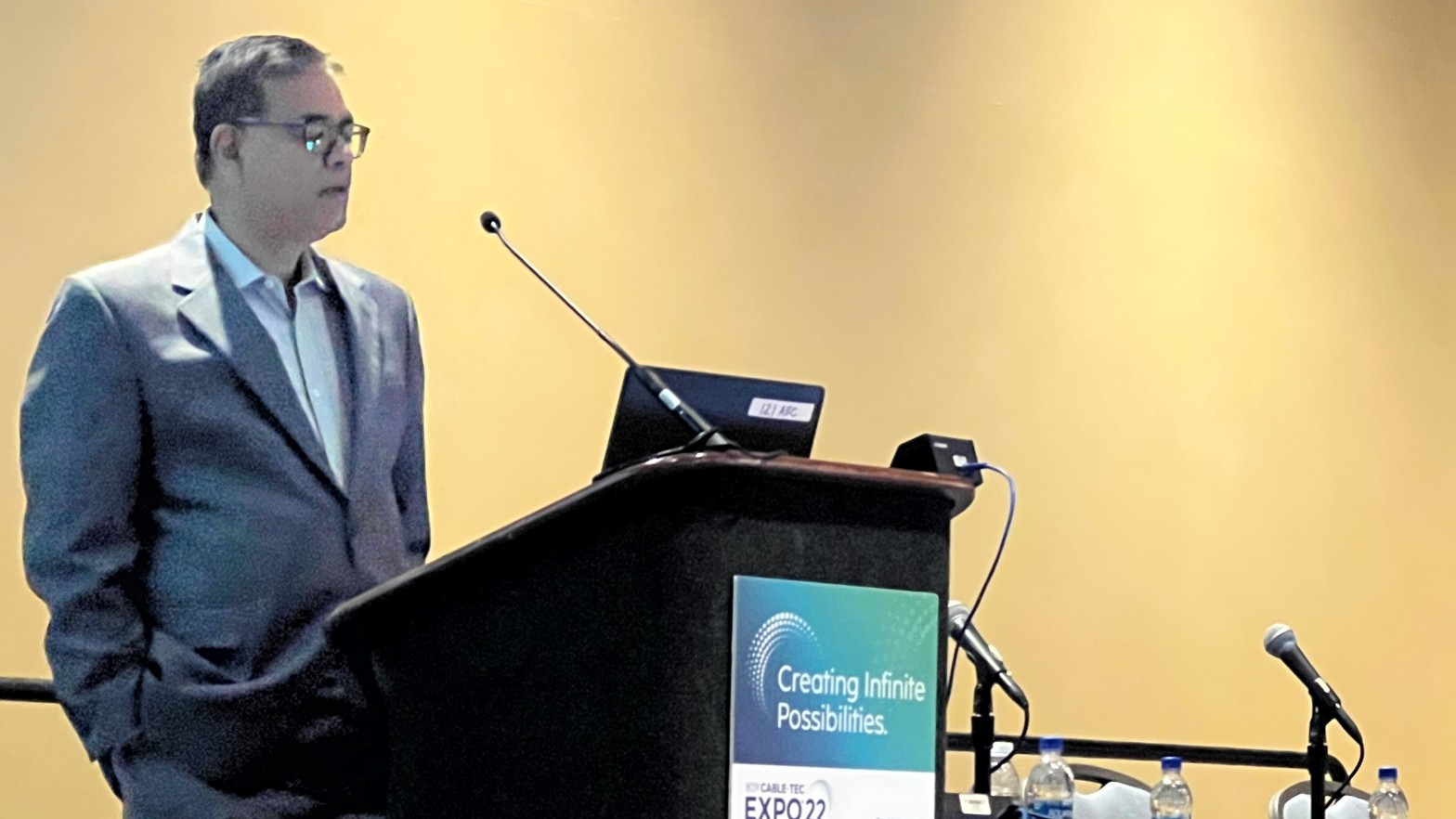 The general idea is to "show the art of the possible," said Jindal, a former Ericsson and Nokia exec who joined Charter in 2017.

Update: As a current 3GPP does not have the capability to handle wired networks, that's the area in which Charter (and others) are working with CableLabs to enhance the standards.

That idea was one of several Jindal made note of during a keynote presentation pertaining to Charter's approach to convergence. That convergence activity is percolating as Charter seeks ways to bridge and manage the services it's offering on its existing and expanding wired networks along with mobile services underpinned by a hybrid platform. That hybrid approach includes Charter's MVNO relationship with Verizon and the development and deployment of Charter's own wireless infrastructure, including Wi-Fi access points and the emerging use of CBRS small cells deployed in concentrated, high-use areas.

Today's wired and wireless networks are fairly disparate and work independently. "That's not exactly what the customer eventually wants," Jindal explained. The customer, he said, wants applications and services that are seamlessly available on any network and on any device.

It's a tall order, but Jindal said Charter is exploring that through several areas, such as a common policy engine and a converged core that enables "service persistence" as the customer moves from one access technology to another, whether that's on DOCSIS, fiber, Wi-Fi or cellular.

"Our vision, the long-term vision, is for fixed/mobile convergence to deliver ubiquitous wired and wireless connectivity to our customers anywhere on any device," he said.

He noted that Charter and other elements of the cable community are working with CableLabs to get there. Part of that work has pinpointed four "pillars" that will drive that convergence: common identity, converged core, access convergence and a common policy engine.

The common identity piece will ensure that the service is correlated to the head of the household, but also account for other individual users on the account.

The converged core strives to align the application policy and regulatory requirements for a common network as users access services via fiber, Wi-Fi, mobile and DOCSIS. A converged core provides an "anchor" to ensure that the connectivity of an app doesn't break as a user moves from one network to another, Jindal explained.

The access convergence piece ties partly into the use of small cells that are connected to the cable network, taking advantage of its power, space and backhaul capabilities. Marrying small cells to the HFC plant illustrates a "perfect example" of how those worlds can come together, Jindal said.

He admits that these ideas have been tried before with limited success, but believes that the tech ecosystem is now ready to support them. Taking advantage of key elements such as virtualization, disaggregation and the use of open standards puts Charter and other operators in position to build a common core that can control both wired and wireless technologies, he said.

"The more aligned we are as an MSO community, the better it is for our vendors also, because then they know that this is going to see the light of the day," Jindal said.

Jindal also put forth several convergence use cases, including automated wireless backup, an idea that CableLabs subsidiary Kyrio is already focused on.

And other use cases are already making it into the market. Charter, for example, has introduced Spectrum Mobile Speed Boost, a feature that lets Spectrum Mobile customers receive faster speeds on their mobile device when connected to the home Wi-Fi network.

Jindal said that policy engine idea could be taken to the next level, pointing to an example in which a Charter customer taking the company's home broadband/mobile bundle could also get a speed boost when accessing a Charter Wi-Fi access point located at another customer's home.

"We're just scratching the surface at this point in time, but we do think [convergence] will drive very powerful opportunities for us," Jindal said.

A follow-up panel also explored the cable industry's evolving convergence play. Here are a few nuggets from that: