Robert Cruickshank believes the power grid is in trouble. But he also believes that, unbeknownst to them, cable operators are in prime position to lend a helping hand by improving their power consumption efficiency. In turn, that will help power utilities become more efficient while also accelerating their transition to various renewable energy sources.

Win-win, right? Well, the details on how that all might be accomplished are a bit more complicated.

Cruickshank, a cable industry veteran and DOCSIS pioneer who hails from companies and organizations such as Cablevision Systems, Arris and CableLabs, is attempting to address the power problem with standardized Optimum Load Shaping (OLS) signals that are designed to bring a new level of smarts and efficiency to power usage.

The general idea is to get a fix on the "shape" of the power grid based on supply and demand and, when appropriate, to tap into the grid during off-peak hours when general energy usage is low and, therefore, less expensive to produce and consume than it is during peak times. That approach, he says, could apply to electric vehicles that tend to be charged overnight or improve the efficiency of data center cooling. 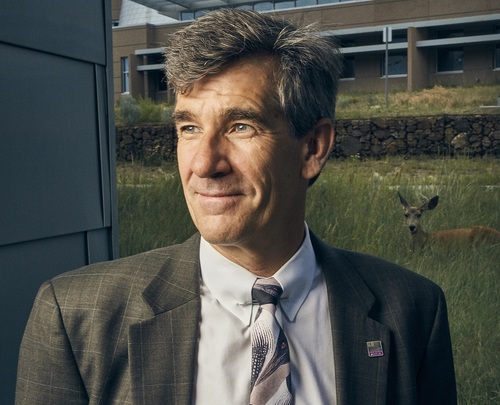 Cruickshank invented OLS and played a key role in the development of a relatively new national standard. The standard is a result of Cruickshank's PhD work at the University of Colorado and the National Renewable Energy Lab. He's now using OLS to underpin a new business through his startup, Robert Cruickshank Associates (RCA), and "GRIDIoT," its brand for standards-compliant OLS signals.

It's early days, but RCA claims its modeling and work out in the real world have shown that OLS signals can reduce operational costs up to 20% for certain use cases, with the potential for savings to go even higher as technology improves. In one example, he found that charging a vehicle following the Optimum Load Shape could save about 45 cents per day ($1.95 cost per day rather than $2.40 per day) – numbers that could certainly add up once scale is applied.

Light Reading recently caught up with Cruickshank to unpack what OLS is and how it can be applied by cable operators. An edited transcript follows.

Light Reading: Your latest contribution to the industry is nationwide availability of standards-based Optimum Load Shaping signals and APIs. There's a lot to unpack there. Before we drill down on that, let's start at the high level  what's the issue you're addressing, and how does this work?

Robert Cruickshank: In my mind, there's no doubt that the power grid is in trouble, at a great cost to ourselves in the cable industry, but also to society at large. Another important point [is] that all stakeholders in the electricity value chain can benefit from our new standard for Optimum Load Shaping. Certainly we, as the buyers of electricity, would benefit. But it goes beyond that.

To your question on the how does it work, I think the easiest metaphor is like a symphony. If you think about a symphony without a conductor, everyone is sort of doing their own thing, like a bunch of kids in junior high when they go to band class for the first time. They're blowing their horn and doing whatever they're doing. In some ways, that's a lot of what we [as consumers] do. We walk in a house, we flip on a light switch, we plug in our electric vehicle, we turn on the dishwasher, we take a shower – completely autonomously.

With OLS, we're introducing the conductor and the conductor's baton. That's really the orchestration effort across supply, storage and demand. When I say demand, I mean load, like switching on a light switch, basically. Usually, we think of loads as being flexible or not flexible.

Light Reading: Why pursue this now?

Cruickshank: In some ways, we've seen this movie before. When you think about digital TV in the early '90s, that revolutionized digital TV. In 1994, we [the cable industry] got into two-way  and, bang, we got into Internet. A year or so after that, DOCSIS 1.1 came out and we went from Internet into phone. Those are getting the bases loaded. This is sort of the grand slam – we can do the same thing in the grid.

Light Reading: You described it as the conductor in a way of a symphony. Expand a bit more on what that means and how that fits in, technically, with OLS?

Cruickshank: We're basically moving our baton up and down. Take a little more load now, take a little less load now. That's what that movement is about. Basically, every provider of electricity has a sense of what they're going to be providing in the future. They build for the future; they look at the weather forecasts for tomorrow. It's going to be a hot day in Denver, so we're going to need to run all of our power plants. So, they'll forecast by hour. It helps them drive cost out of their business when they do better forecasting.

Cruickshank says OLS signals can help operators determine when it makes the most sense to consume power based on a shape that illustrates when demand is highest and when pricing is lowest. Charging electric vehicles and cooling data centers are among the initial, top use cases, he says.
(Image source: Cruickshank and Associates)

They've got a shape, and it's the same kind of shape that we think of when we say, what's the Internet load. When is peak, for example? Whether it's the water department or the Internet or phone or power, it's got this shape to it.

Because we are all willy-nilly without the conductor, the shape is what the shape is, and nobody really says much about whether we should change the shape. They just say people are going to do what they're going to do and this is what we think it's going to look like.

So, supply is anticipating and being ready for demand. Supply is following demand, chasing it around. That's where we are today.

Light Reading: How can operators put this into action to cut down power costs?

Cruickshank: The operator, in this case, can go to our API and grab this load-shaping signal. It's not the willy-nilly version of the demand; it's the cost-optimized version of demand.

Put your hat on as Xcel Energy serving the Denver area. If you know what the shape is going to be for tomorrow and you could say if the shape was completely malleable and I can make it any shape I wanted to, what would be the cheapest shape? Instead of the willy-nilly shape that's going to happen if I don't do anything, what would be the shape I could specify? What would be the absolute cheapest way to the end of the day? I could use the most renewables. I could run my plants most efficiently because they're not ramping up and down and they're not running at partial output.

In any section of the grid, whether it's a micro-grid or a big grid like Denver, you can figure out what's the optimal shape over those areas. What you get from that API is that optimal shape.

A cable company, by going to the API and getting the optimal shape, can now apply that shape to its uses of electricity – things like cooling data centers or charging electrical vehicles, which are probably the two biggies.

Think about electric vehicles. Someone comes home... and they plug in their vehicle and it charges from 6 p.m. to 7:30 p.m., and they go to sleep. Nobody even thinks about it. But that car's probably going to be plugged in for eight hours, ten hours. Likewise, our service vehicles, when they come in from the field, are going to be plugged in for long periods of time, too.

During the time that those vehicles are plugged in, if they followed this shape for charging versus doing it all at once, they're going to end up saving on their electric bill.

Light Reading: When you say they grab access to those signals, where are you getting that data from? Where is it originating?

Each of these ISOs has a website where they publish the day-ahead pricing by hour. So, for example, at midnight it's going to be six cents, and at 1 a.m. it will be seven cents, 2 a.m. it will be three cents.

Light Reading: So, you generate info from that data and you adapt it for the cable operators so they can make some actionable decisions on their power consumption?

Cruickshank: We've got 21,000 locations where we've got pricing for. You can search for any one of these and get that same graph. You can go to a specific node in California. Let's say I'm a vehicle charger at your house. All I have to do is hit this URL and I come back with the same thing. Once you've navigated to a particular signal that you want, it gives you that URL automatically and now that's your API into the world to go grab anytime you want.

Light Reading: This data you're showing from the ISOs – is it just out there or are you paying for it and adapting into your API?

Cruickshank: Some of it is out there and there's different rules around some of it. In PJM, for example, you can't publish the price. In that case, we'll just publish the load shape. But that's really the only restriction we've run into. All of the others you can access it. In some cases, we've already got forecasts for tomorrow. That's important because the device can really plan its future when it can see that far ahead in terms of when it should use electricity.

Light Reading: You mentioned some examples of how this could be applied, such as electric vehicle charging. Can you expand on what you see as the first major use cases for a cable operator?

Cruickshank: I think it's electric vehicles. I think a second one is to facilitate climate control – data centers come to mind, and the air conditioning of data centers. But there's also hubs that need to be air-conditioned and climate-controlled. A lot of times, that equipment could come on five minutes later or five minutes earlier ... to save some money, and it would not affect the climate in those facilities.

Next page: Why standards matter