Average data consumption eclipses half a terabyte per month  OpenVault

Consumer broadband consumption in North America reached a milestone in the fourth quarter of 2021 as averages hit 536.3 gigabytes (GB)  surpassing half a terabyte (TB)  according to a new study from OpenVault.

That figure represents an increase of 165% when compared to the average of 203GB per month OpenVault found in its Q4 2017 study.

Based on an aggregation of data points from "millions" of individual broadband subscribers, OpenVault's Broadband Insights Report 4Q21 (registration required) also found that the "power user category," which includes subs who chew up more than 1TB per month, is rising amid a decline of consumers on lower-level speed tiers. 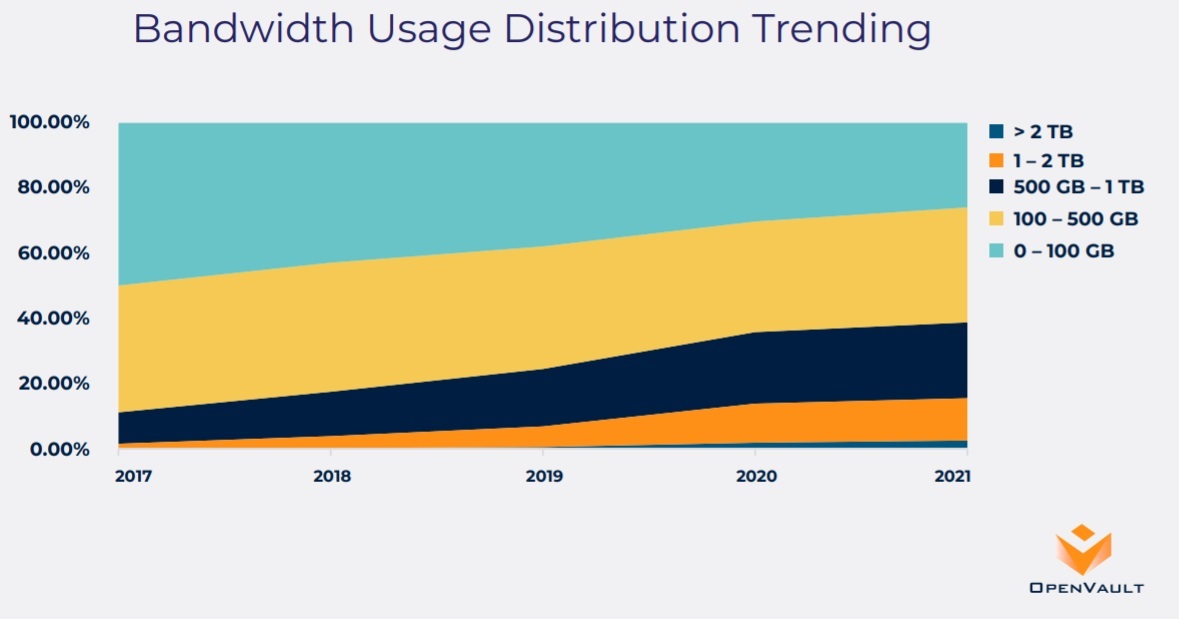 As might be expected, average monthly data consumption varied greatly by tier. Customers on tiers of 1-Gig or more consumed more than 1TB of data per month, while those getting speeds in the middle range (200 Mbit/s to 400 Mbit/s) chewed up an average of 630GB per month.

OpenVault said data consumption trends suggest that 23.5% of all subscribers getting speeds of 400 Mbit/s or lower are eligible candidates for speed tier upgrades. The company, which is clearly advocating for the kind of usage-based data policies that consumers tend to dislike, further suggests that ISPs can use this kind of data to target those customers with speed upgrade campaigns that can result in higher ARPU (average revenue per user).

"These accelerated trends will challenge network operators to plan accordingly and ensure they are delivering an acceptable customer experience to all their subscribers," OpenVault noted in the report. "Network operators should explore all options, including examining the role of usage-based billing to better manage this onslaught of accelerating data consumption."