ATX starts to pick up where Cisco left off

ATX Networks is starting to salt away cable network amplifier deals that stem from a licensing agreement with Cisco that the vendor struck more than a year ago.

ATX announced this week that NOS, a Portuguese operator, has selected its GigaXtend GMC Series of 1.2GHz amplifiers to upgrade its installed base of Cisco GainMaker amps. Deployments are set to begin in the early part of 2021, they said. 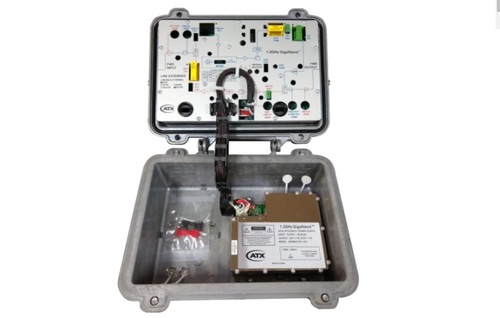 The NOS agreement followed a similar deal ATX announced last month with Midco, a cable operator based in South Dakota. Midco is using the vendor's GigaXtend GMC Series of 1.2GHz line extenders and system amps as part of a plan to beef up capacity in systems serving parts of Kansas, Minnesota, North Dakota, South Dakota and Wisconsin.

Both deployments trace back to an agreement ATX announced last February that provided the vendor with a license to develop a lineup of new cable amplifiers compatible with Cisco's GainMaker technology. Cisco, which recently folded its cable access unit into its bigger mobile division, halted the sale of GainMaker amps and certain line extenders in the fall of 2020.

The new line of GainMaker-compatible amps gives ATX an opportunity to target Cisco's former piece of the market as cable operators look to expand the capacity of their hybrid fiber/coax (HFC) plants to 1.2GHz and beyond. While DOCSIS 3.1 supports bandwidth up to 1.2GHz, the new DOCSIS 4.0 specs support spectrum up to 1.8GHz. Standards and engineering work is already underway for future 3GHz technology for HFC networks.

Most HFC networks are already built out to 750MHz, 860MHz or even 1GHz. Cable operators are starting to explore spectrum expansions to 1.2GHz to add capacity to the HFC network, particularly in the upstream direction.

ATX isn't the only vendor targeting the opportunity in Cisco's legacy GainMaker footprint, estimated to cover about 40% of the cable network market. Fellow supplier Technetix announced a new drop-in amp that, it claims, is compatible with Cisco's GainMaker module while also putting operators on a path to 1.8GHz.

Under new CEO Dan Whalen and the company's focus on the RF side of the plant, ATX recently sold its tech and intellectual property for a Generic Access Platform (GAP) enclosure to Vecima Networks. However, Vecima also agreed to license the IPR back to ATX should ATX decide to again pursue the development of GAP node housings, which will work with standardized, snap-in service modules for both fixed and wireless access services, later on.