NICE -- Digital Transformation World 2018 -- Two years ago, the TM Forum's annual shindig in Nice seemed to hit a low. "Mary Celeste," was how one attendee described the event. The nineteenth-century merchant ship of that name, so the story goes, was found abandoned near the Azores several weeks after setting sail from New York. Its cargo remained, but the lifeboat had disappeared and the crew was gone with it. TM Forum Live!, where executives laud all things digital and grumble about transformation in equal measure, looked similarly adrift.

The anecdote is an exaggeration, of course. In 2016, some 2,900 people in the telecom industry traveled to Nice's digital bazaar to haggle over contracts for the business (or billing) and operational support systems (B/OSS) that prop up today's telcos. Discounting the monster bash that is Mobile World Congress, where attendee numbers top 100,000, those figures stack up well next to other industry events, and especially those of a more specialist nature. TM Forum Live! was still the event for B/OSS enthusiasts. And a business trip to the French Riviera, with its fine wines, gourmet cooking and sun-kissed beaches, was not such a hardship. (See How Long Before We Hit Peak MWC?) 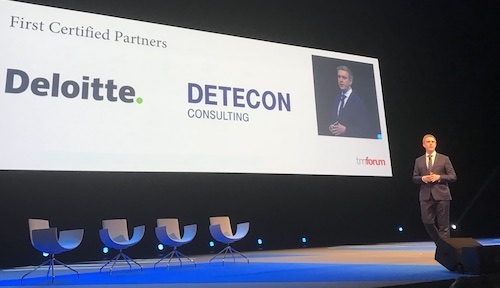 But away from the plage, there was a feeling the TM Forum and its flagship event were slowly losing relevance. Some of its frameworks, designed with standardization in mind, were years old. Critics asked if younger initiatives were more applicable for operators struggling to get past rusty B/OSS technologies. Groups like the Linux Foundation and Open Networking Foundation were much trendier. Old-school B/OSS was dead, argued some. "No over-the-top company sends a bill and nobody ever uses the data of the billing system," said KPN Telecom NV (NYSE: KPN) CTO Erik Hoving during a panel session at TM Forum Live! in 2016. "Why do we have a billing system at all?" (See BSS Is BS, Says KPN Tech Boss.)

Getting shipshape
The weather in Nice might have been unseasonably cold, but the sentiment was much warmer this year. Renamed Digital Transformation World, in a sign the TM Forum can practice the change that it preaches, the event had a piquancy it has previously lacked. The TM Forum suddenly looks interesting again.

That is despite what seems like a fall in attendance in 2018. The TM Forum has yet to release numbers for this year's show, and they do not seem readily available for last year's, either. But the early indications are that fewer than 2,900 people turned up.

There are a couple of reasons why this does not come as a big disappointment. For one thing, other trade shows have also suffered as telcos and their suppliers have slashed headcount and tightened belts. Even Mobile World Congress reported a dip in attendance in early 2018 after growing at a breakneck rate for eight years in a row. More importantly, what the TM Forum's event lacked in quantity it made up for in quality, according to several exhibitors who spoke with Light Reading at the show. The consensus is that vendor numbers were down, while service provider numbers were up. For exhibitors touting their wares, that kind of shift is welcome. It is even more desirable if the service providers who came included the real decision makers, as seemed to be the case. (See MWC Visitor Numbers Fall: So Has It Hit Its Peak? )

Moreover, if there were fewer executives from vendor organizations, the main brands were all on display. And at least one vendor who spoke with Light Reading made a bigger splash this year: Its CEO said he had been encouraged by signs the TM Forum was returning to its roots, and focusing less on some of the activities tangential to B/OSS that have consumed its attention in recent years.

Next page: Scrubbing the decks

Perhaps it was a problem with your phone.