WiCipedia: Valley of the Boom & Women in Comms Live

This week in our WiCipedia roundup: A new series shows the tech boom's consequences; our WiC event was a huge success; a sobering look at women's progress in STEM; and more.

Interested in joining Women in Comms on our mission to champion change, empower women and redress the gender imbalance in the comms industry? Visit WiC online and get in touch to learn more about how you can become a member!
Valley of the Boom Trailer
Women in Comms Panel at the NFV & Carrier SDN Conference 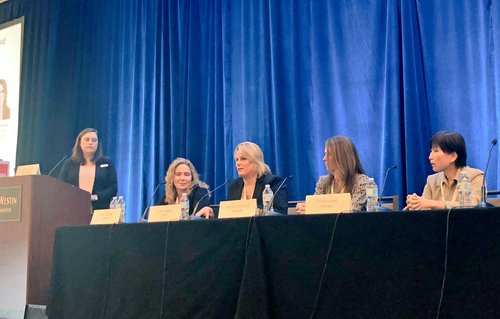 Like what we have to say? Click here to sign up to our daily newsletter
Related Stories
COMMENTS
Newest First | Oldest First | Threaded View
Add Comment
Be the first to post a comment regarding this story.
EDUCATIONAL RESOURCES
sponsor supplied content
Automate core network updates for unparalleled quality and speed
Upgrade in a flash with automated configuration and customization
CI/CD services for the modern agile core
Automating the complexity out of service delivery and operations
The Plume Advantage: Putting the Adapt in Adaptive WiFi
Total Cost of Ownership Study: Plume Consumer Experience Management Platform
Building a Successful Smart Home Strategy: A guide for Communications Service Providers
Synchronization Distribution in 5G Transport Networks
Educational Resources Archive
More Blogs from WiCipedia
WiCipedia: 'Blind' hiring may offer solutions for women in tech