This week in our WiCipedia roundup: The second Women's March brought out hundreds of thousands of women and some pretty great signs; Finnish telecom boss puts foot down; the "u-turn" factor in gender equality; and more.

Interested in joining Women in Comms on our mission to champion change, empower women and redress the gender imbalance in the comms industry? Visit WiC online and get in touch to learn more about how you can become a member!
The Signs That Made the March 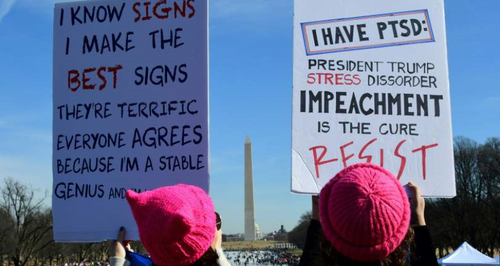 Like what we have to say? Click here to sign up to our daily newsletter
COMMENTS
Newest First | Oldest First | Threaded View
Add Comment
Be the first to post a comment regarding this story.
EDUCATIONAL RESOURCES
sponsor supplied content
The big B2B2x opportunity for CSPs
TM Forum: Digital ecosystems: Setting new standards for integration
Appledore Report: A new generation in inventory management
EANTC Independent Test: Benchmark Comparison of Containerized Platforms
Envisioning Service Management and Orchestration for 5G
Best Practices in Telecom Infrastructure Management
How Your Enterprise Network Can Weather the Next Storm
Scaling 5G IoT with NR-Light
Educational Resources Archive
More Blogs from WiCipedia
WiCipedia: The importance of diversity in cryptocurrency