WiCipedia: Smile to Get Ahead, Coding Ninjas & 'Women in Tech' Need a New Moniker

This week in our WiCipedia roundup: You better smile if you want to work in tech; job descriptions need an overhaul; is being called a "woman in tech" offensive?; and more. 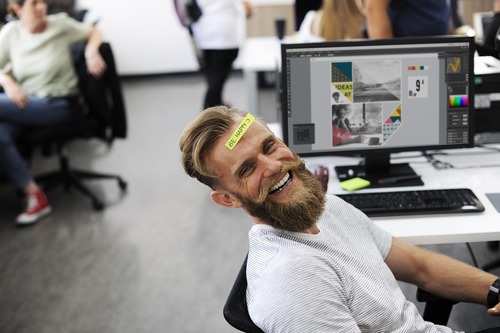 Has anyone else noticed that this guy seems to be in every single free photo of people working?!
(Source: Pixabay)

Those tips all really bugged me, but the "Smile!" one hit a nerve.
Reply | Post Message | MESSAGES LIST | START A BOARD

Also, I think stock photo guy who's always smiling while workign is getting ahead in his career not because he's smiling, but because he has such a stunning mustache that defies gravity.

The advice to ''be respectful" irks me as well. Shouldn't everyone be respectful, regardless of gender?