This week in our WiCipedia roundup: Parental leave is pressurized; the only woman in the room sees all; getting rid of cultural fit; and more.

Join Women in Comms for an afternoon of workshops and networking in Austin at the fifth-annual Big Communications Event on May 14. Learn from and engage with industry thought leaders and women in tech. There's still time to register and communications service providers get in free!
Emily Chang, Author of Brotopia 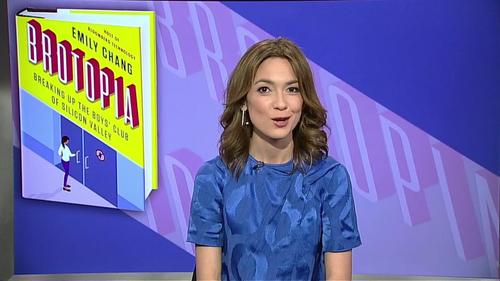 ErynLeavens 4/2/2018 | 1:14:40 PM
Re: So long That's such a good point! It doesn't leave any room to grow or evolve as an individual if you have to fit into a particular box from the get-go, nor does it leave much room for diversity. Cultural fit really only serves to benefit the existing exployees by not taking them out of their comfort zones.
Reply | Post Message | MESSAGES LIST | START A BOARD

Michelle 3/31/2018 | 11:24:14 PM
So long I believe this is true in all sectors: "cultural fit has become more important to some companies than actual skillsets"

When I first heard of 'cultural fit' I wondered how a person could possibly know they'd be a good fit for a company they don't already work for... Interviewing a company that values 'cultural fit' had to be tough. How do you prepare exactly?
Reply | Post Message | MESSAGES LIST | START A BOARD
EDUCATIONAL RESOURCES
sponsor supplied content
MONETIZE THE ENTERPRISE-6 WAYS TO CAPTURE THE B2B OPPORTUNITY
THE 3 KEY DIGITAL MEDIATION CHALLENGES - AND HOW TO SOLVE THEM
APAC CSP BOOSTS EFFICIENCY OF ENTERPRISE OPERATIONS WITH CSG
Webinar: Virtualized RAN: 4G/5G Strategies, Opportunities and Pitfalls
How To Build and Operate At The Edge for CSPs
Empowering industries at the network edge (a Mobile Europe supplement)
Heavy Reading: 5G edge cloud infrastructure and security
Security in Open RAN
Educational Resources Archive
More Blogs from WiCipedia
WiCipedia: What makes a good company for female employees?