This week in our WiCipedia roundup: The pay gap is real at Google; are blondes taken seriously?; Apple event has no gender balance; and more.

Join Women in Comms for its upcoming networking breakfast in Denver, Colorado, on September 28, where we'll be tackling the question "What's the matter with the tech industry?"
Google Has a Salary Problem 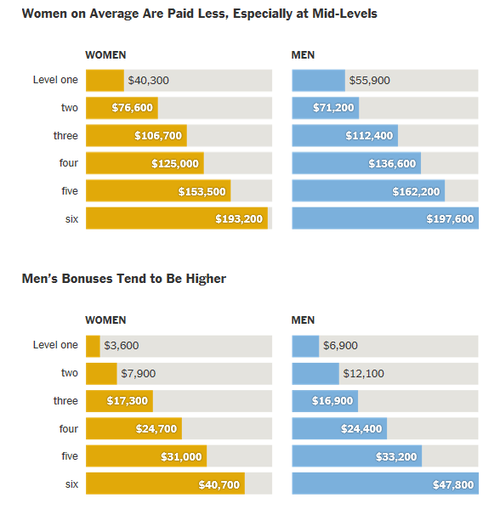 (Source: The New York Times)
The Coat That Won the Apple Event 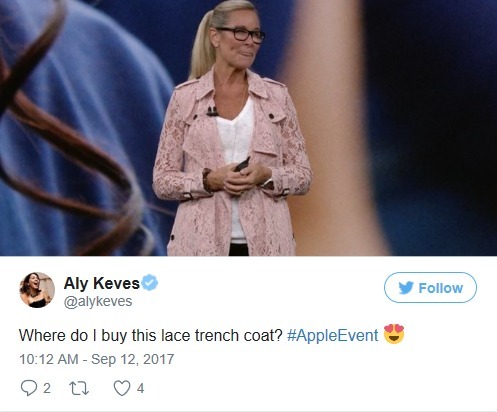 kq4ym 9/26/2017 | 1:02:20 PM
Re: the Google gap It will be interesting to watch the Google developments and how other companies might well have to take notice so as not to be in the same boat as they may be. While we don't know quite what the truth is at this stage, you can be sure the lawyers for both sides will be spending lots of hours going over the number for some time to come to see what's really going on.
Reply | Post Message | MESSAGES LIST | START A BOARD

Phil_Britt 9/18/2017 | 10:30:12 AM
Re: the Google gap Likely it is larger than is depicted in the chart. Over the years, sample numbers for charts have gotten smaller, so the accuracy not as good.
Reply | Post Message | MESSAGES LIST | START A BOARD

Sarah Thomas 9/15/2017 | 10:19:21 AM
the Google gap Google's original detailed response to the Department of Labor regarding its gender-blind salary strategy and algorithms used to determine pay seemed pretty reasonable, but it's getting harder to trust that it's true. This will be a really interesting case to see play out. It's hard to prove this kind of thing, but evidence from a class action suit can't be dismissed.
Reply | Post Message | MESSAGES LIST | START A BOARD
EDUCATIONAL RESOURCES
sponsor supplied content
The Economic Benefits of Juniper Apstra and CN2 in a Modern 5G Network
Location Data in the Digital Transformation Era
RAN Transformation for Dummies
White Paper: Security in Open RAN
Network Integration Case Study: Accelerating open vRAN deployment
How can you accelerate RAN deployments?
Coherent Optics: 100G, 400G, & Beyond: A 2022 Heavy Reading Survey
How video analytics can kickstart the edge opportunity for telcos
Educational Resources Archive
More Blogs from WiCipedia
WiCipedia: The importance of diversity in cryptocurrency