This week in our WiCipedia roundup: The New York Times' first female CIO; female founders get funding; women are needed in connected car jobs; and more.

Join Women in Comms for an afternoon of workshops and networking in Austin at the fifth annual Big Communications Event on May 14. Learn from and engage with industry thought leaders and women in tech. There's still time to register and communications service providers get in free!
Breaking Ground 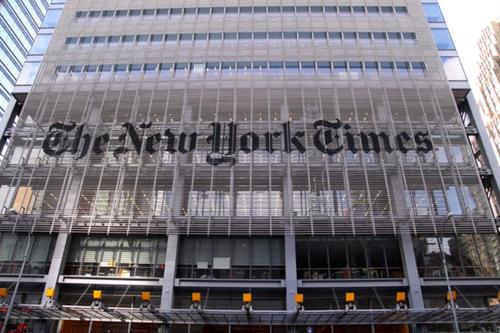 The New York Times has promoted Cindy Taibi to the position of CIO and SVP.

This week in our WiC roundup: How to tell if your future employer is focused on diversity; YouTube's policies leave room for error; women take the lead in cybersecurity practices; and more.

WiCipedia: Is Oracle out of the frying pan on equal pay?

This week in our WiC roundup: Women are more likely to be promoted, kindof; Oracle faces a potentially major payout to female plaintiffs; universities keep pushing for STEM diversity even with classes moved online; and more.

WiCipedia: Healthtech lacks diversity, just like the rest of tech

This week in our WiC roundup: Coronavirus research needs to be diverse; a new tech memoir to add to your quarantine reading list; how to get to the top; and more.

This week in our WiC roundup: The salary gap in tech hasn't left the building; the glass ceiling keeps getting higher; refugees gain machine learning skills in Bulgaria; and more.