This week in our WiCipedia roundup: Recruiting in a time of upheaval; how Ellen Pao's Reset affects Asian women; and advice from female founders.

Join Women in Comms for its upcoming networking breakfast in Denver, Colorado, on September 28 (next week!), where we'll be tackling the question "What's the matter with the tech industry?"
Misogyny by the Numbers 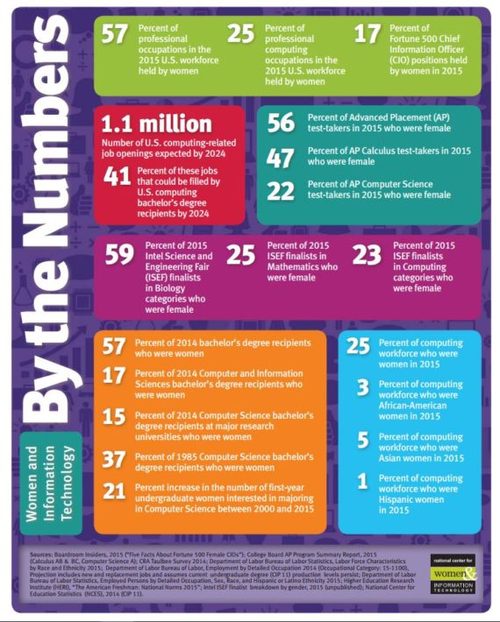 Sarah Thomas 9/22/2017 | 10:13:53 AM
girls in engineering I love the mindset of, "yeah, yeah but can we go build robots now?!" We had a 17 year old babysitter last week who came over from robotics and is applying to the University of Michigan to be a mechanical engineer. She said there were lots of girls in the robotics club. So cool that her school offers that and glad to hear it's attracting girls too!
Reply | Post Message | MESSAGES LIST | START A BOARD
EDUCATIONAL RESOURCES
sponsor supplied content
Juniper Networks Scalable IP Services Fabric for Wide Area Networks
Juniper Moves the Network Out of the Way, So You Can Focus on Customer Experience
Get Connected with Chris Lewis Podcast: Cloud-Native & Distributed Edge Architectures in SP Networks
The Open Evolutions of the 5G Network
Rakuten and Juniper Discuss the Management of O-RAN Platforms
Open, Automated, & Programmable Transport Networks: A 2022 Heavy Reading Survey
The Importance of Greater Broadband Investment by World Broadband Association (WBBA)
SD-WAN: Avoiding Costly Pitfalls When Ordering Broadband for Critical Underlay Networks
Educational Resources Archive
More Blogs from WiCipedia
WiCipedia: The importance of diversity in cryptocurrency