This week in our WiCipedia roundup: A forthcoming book about Silicon Valley life is more than a bit shocking; CES is lacking in female keynoters; a new gadget keeps women safe on the go; and more. 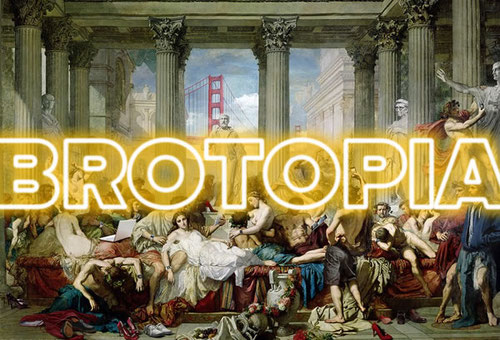 We can't make this stuff up.

kq4ym 1/23/2018 | 8:26:45 AM
Re: Disappointing Start to 2018 While there seems to be some positive movement in equal treament, books like Brotopia still point out the glaring truth of what still exists in this industry and others. How quickly change may take place is still an open question when sometimes it seems observing and reading about bad behavior is taking precedence over correcting and eliminating bad behavior.
Reply | Post Message | MESSAGES LIST | START A BOARD

Kelsey Ziser 1/8/2018 | 9:47:31 AM
Re: Disappointing Start to 2018 Was really encouraging to see so many women wearing black for the #metoo/Times Up movement at the Golden Globes last night. Oprah's speech was pretty epic, too, and I liked that she mentioned she hoped for more opportunities and less discrimination across the board for women, including in industries like tech.
Reply | Post Message | MESSAGES LIST | START A BOARD

alison diana 1/5/2018 | 3:37:57 PM
Disappointing Start to 2018 While it's refreshing to see more women speaking than men at CES, it's discouraging that none of the women slated to present are keynoters. There are some female executives doing exciting things in the consumer electronic space; it's a huge area, after all, and it's hard to imagine organizers couldn't come up with several prospects - especially as more and more traditionally non-tech companies now are tech developers.

It is even more disheartening to read excerpts of the Silicon Valley book but, let's hope it describes a disgusting but earlier time, not within the past year or two. Maybe in the first WiC roundup of January 2019 you'll have more positive, encouraging news to share. I hope.
Reply | Post Message | MESSAGES LIST | START A BOARD
EDUCATIONAL RESOURCES
sponsor supplied content
Trends in the Communications Industry
How to Gain the Edge in the Fiber Broadband Boom
A new approach to billing for a new generation of customers
CBRS Spectrum and the Future of Private Wireless Networks
Smart Edge: Productizing Edge Deployment
Interview: Open RAN enabling CSPs to deliver on the promise of 5G
Keynote: Open RAN: The Next Step
Webinar: Open RAN in 2022: Enabling a Continuous Flow of Innovation
Educational Resources Archive
More Blogs from WiCipedia
WiCipedia: The importance of diversity in cryptocurrency