This week in our WiCipedia roundup: CES makes waves with keynote additions and scandalous bots; former Google engineer James Damore strikes back; how to buck the brogrammers; and more.

Interested in joining Women in Comms on our mission to champion change, empower women and redress the gender imbalance in the comms industry? Visit WiC online and get in touch to learn more about how you can become a member!
The Robots Danced to the Star Wars Theme 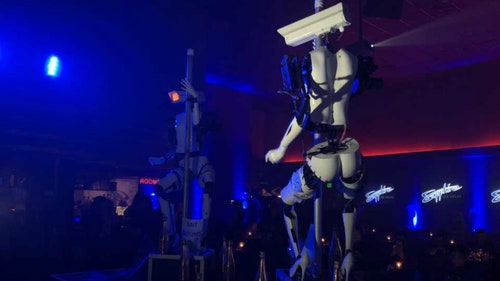 kq4ym 1/30/2018 | 8:42:08 AM
Bias Against Conservatives? I had listened to James Damore, formerly of Google on a couple of YouTube videos on the topic of empathy, and found him believable in his integrity and sincerely wanting to get Google to at least recognize that his philosophy might not agree with Google's in all aspects but thinks they should not be judging employees by their beliefs as long as it doesn't interfere with their work. It will be interesting to see if the courts allow his suit to proceed against Google.
Reply | Post Message | MESSAGES LIST | START A BOARD
EDUCATIONAL RESOURCES
sponsor supplied content
(eBook): 5G Testing for the Race to Revenue
Trends in the Communications Industry
How to Gain the Edge in the Fiber Broadband Boom
A new approach to billing for a new generation of customers
CBRS Spectrum and the Future of Private Wireless Networks
Smart Edge: Productizing Edge Deployment
Interview: Open RAN enabling CSPs to deliver on the promise of 5G
Keynote: Open RAN: The Next Step
Educational Resources Archive
More Blogs from WiCipedia
WiCipedia: The importance of diversity in cryptocurrency