WiCipedia: Are Fembots a Boon or Bane for WiT?

Join Women in Comms for a breakfast workshop and networking at the NFV & Carrier SDN event in Denver on Sept. 26. The workshop is open to all women and men in the telecommunications, STEM and IT fields -- communications service providers get in free!
Autodesk's Ava

(Source: The Financial Times)
On the Rise 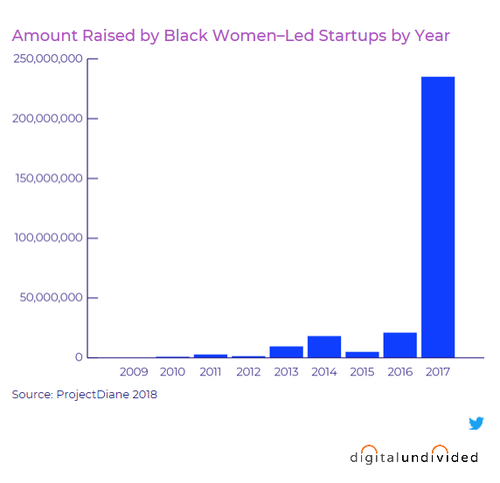 While the amounts might still be small, the increase is undeniable.
(Source: digitalundivided)

Joe Stanganelli 7/9/2018 | 8:27:03 PM
Re: Female voices @kq4ym: And, on a separate note, I have heard (emphasis on *heard* -- this is pure hearsay) that dogs and other animals generally respond better to mens' voices than womens' voices.

(FWIW, my parents' dog pays more attention to and dotes more on my dad than she does my mom. I acknowledge, however, that this is anecdotal and a subjective observation.)
Reply | Post Message | MESSAGES LIST | START A BOARD

kq4ym 7/9/2018 | 8:30:15 AM
Re: Female voices I would be interested to read more about the history of using male vs. female voices. I think I remember decades ago about some discusssion in the radio industry that male voices were used because they were easier to understand, especially as I recall in the international shortwave broadcasting world where reception was sometimes spotty because of static and interference to the radio signals. But, looking in hindsight maybe that was just a convenient excuse in those days to keep men employed almost exclusively as radio announcers?
Reply | Post Message | MESSAGES LIST | START A BOARD

In any case, I think it'd be interesting to see what people choose for AI likenesses in the absence of defaults.
Reply | Post Message | MESSAGES LIST | START A BOARD

ErynLeavens 6/25/2018 | 8:19:52 PM
Re: Female voices Thats so interesting and does make sense scientifically. Im sure theres lots of logic behind using attractive female faces as well, though Im not sure only doing that makes sense culturally now.
Reply | Post Message | MESSAGES LIST | START A BOARD

Joe Stanganelli 6/24/2018 | 10:42:25 PM
Female voices FWIW, from my recollection, the history of tending to use female voices for recordings and automated systems instead of male voices (going all the way back to that "At the tone, the time will be..." phone number) is a purely functional choice -- specifically, because of research suggesting that typically higher female voices and their enunciations are more easily heard than those of typically lower male voices.
Reply | Post Message | MESSAGES LIST | START A BOARD
EDUCATIONAL RESOURCES
sponsor supplied content
Accelerating Audio Processing in Wireless and VoIP Applications
Carrier Insights: Evolving the Virtualized RAN
Seamless Connectivity Fuels Industrial Innovation  Forrester Report
The importance of collaboration in creating next generation technology
Achieving low power 5G Open RAN Radios
Industrial Connectivity: Accelerating the Roadmap to Becoming Digital-First, Forrester Event
Disaggregation Ahead, Open RAN Challenges and Opportunities. A Panel with ADI, Vodafone, Facebook, Marvel
Critical Steps Telcos Can Follow to Deploy an End-to-End Open RAN Solution
Educational Resources Archive
More Blogs from WiCipedia
WiCipedia: How to tackle implicit bias and the 'lonely only'