Interested in joining Women in Comms on our mission to champion change, empower women and redress the gender imbalance in the comms industry? Visit WiC online and get in touch to learn more about how you can become a member!
A Different Take 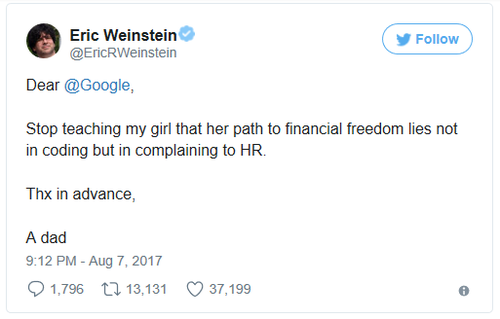 Apparently there are a few different reads on the current gender harassment environment tech has found its way into.
(Source: The New York Times)
And the Winner Is... 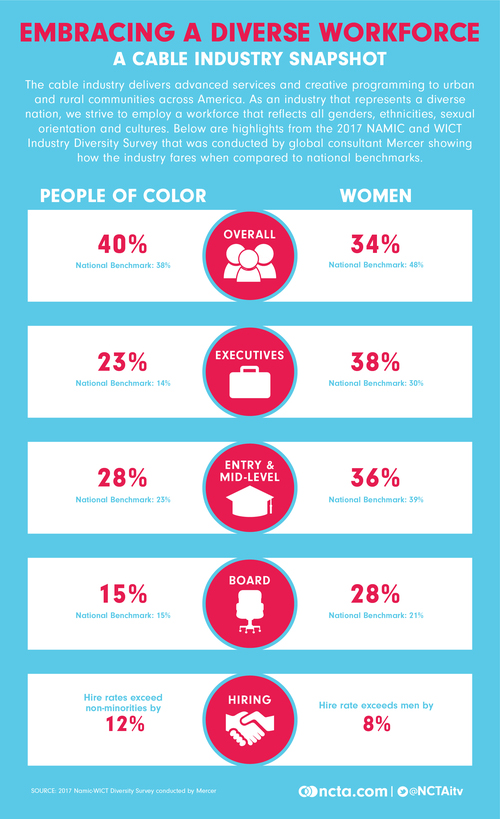 Cable certainly surged ahead in some categories, but what's with the low overall amount of women in the industry?
(Source: NCTA)

Like what we have to say? Click here to sign up to our daily newsletter
COMMENTS
Newest First | Oldest First | Threaded View
Add Comment
Be the first to post a comment regarding this story.
EDUCATIONAL RESOURCES
sponsor supplied content
5G Network Strategies Webinar: Deploying and Securing Edge Clouds
Service Provider Outlook: Opportunities at the Customer Premises
How To Build and Operate At The Edge for CSPs
Empowering industries at the network edge (a Mobile Europe supplement)
Heavy Reading: 5G edge cloud infrastructure and security
The Journey to Virtualized RAN: Insights 2021
Success Story: TCO Reduction through Vendor Consolidation
Interactive Experience: Learn how to Evolve your Architecture and Monetize Next Generation Metro and Edge Networks
Educational Resources Archive
More Blogs from WiCipedia
WiCipedia: Working more to earn less