This week in our WiCipedia roundup: Diversity training is on the rise; algorithm bias will be a thing of the past; ageism is biggest hurdle in tech hiring; and more.

It Takes All Kinds to Build an Effective Team 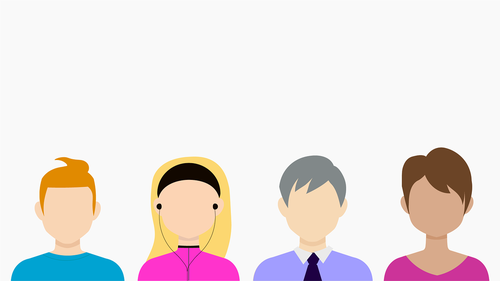 Karen J 4/19/2019 | 9:25:18 AM
Valuing all kinds of diversity still needed in tech Thanks for creating further awareness on these issues. Having been in tech (and with ample experience in other industries) for a number of years, the limitations on the growth of a business that doesn't embrace all kinds of diversity are profound. And in today's world, the lack of embracing it is the lowest I've seen in my career.

Age bias does seem to raise it's head rather early. As a person who is older, my peers and I  do NOT "have more complicated lives full of personal responsibilities" rather they are very simplified. Kids are grown and gone (if we had kids), the mortgage is no longer a significant burden, the car is paid, etc.

I recommend being open to considering a person as an individual instead of fitting into a category. Some of the most innovative people are older - and some younger. And some of the best workers in general are older - and some younger. Figure out what each person can bring to the table for the organization. It may be surprising when actually engaging with a person to learn the value they can bring to an org.
Reply | Post Message | MESSAGES LIST | START A BOARD

ErynLeavens 4/19/2019 | 11:31:20 AM
Re: Valuing all kinds of diversity still needed in tech Thanks so much for weighing in, Karen! I definitely agree that the wider range of people tech companies employ the more successful and ultimately profitable they will be, not to mention representative of their audience. It seems that the concern in the 30-45 year old range is juggling family responsibilies (e.g., not wanting a "mom" in the office) and above that age range it's a concern that employees won't be able to catch on to new technologies as fast as those in a younger age bracket. So silly! You're right - innovative comes at every age.
Reply | Post Message | MESSAGES LIST | START A BOARD

There is a shortage of technology and marketing talent. Yet companies applicant tracking systems apparently discard experienced professionals out of hand.

Of the current 'hot' networking technologies, most are re-inventions of ideas developed decades ago. I understand that university-level telecom and networking curricula do not cover historical alternatives to the Ethernet/IP paradigm. Young engineers come up with "new" ideas that are actually approaches left by the wayside. One or two people who've been there can save a lot of wasted steps.